We use cookies to ensure that we give you the best experience on our website. Click OK to accept and continue shopping, or find out more in our cookie policy...OKRead More
Return to previous page
View cart “Grrr! It’s Betty Boo: Deluxe EditionBetty Boo” has been added to your cart. 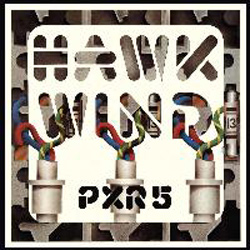 SKU: ATOMCD1010
Categories: 10.95, Atomhenge, Hawkwind Sale, Physical, Sitewide Sale
Share:
Description
Atomhenge, the home of Hawkwind’s catalogue from 1976 – 1997, continue their series of definitive reissued editions of these classic albums with the release of PXR 5 . The album, originally recorded in 1977 1978 and released in 1979, was the band s final masterpiece for Charisma records that perfectly embraced the influence of the musical New Wave to deliver one of the most effective albums released during Calvert’s tenure with Hawkwind.

This expanded edition features 8 bonus tracks, 5 previously unreleased including We Like to Be Frightened . Featuring such classic tracks as Robot High Rise, Jack of Shadows, Death Trap and PXR 5, this reissue has been re-mastered from the original master tapes (a first for any CD issue of this album).