Return to previous page
View cart “Kiss This World Good Bye / In Search Of The Rainbow SeekersMtume” has been added to your cart. 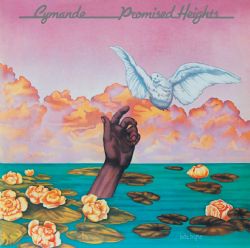 •    Their third LP, Promised Heights (1975), boasted the club classic ‘Brothers On The Slide’, which has been sampled and soundtracked many times.

•    This reissue boasts three later tracks, ‘Friends’ being their last single, and new sleeve-notes written with the cooperation with the band and John Schroeder.