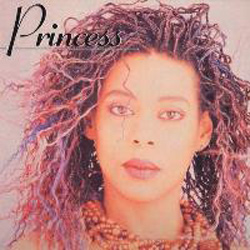 Released 13/04/09. Princess’s classic 1986 debut album is given a long-overdue re-mastered Special Edition reissue. The album features Princess’s number 7 debut smash “Say I’m Your Number One”, and the subsequent hits “After The Love Has Gone”, “I’ll Keep On Loving You”, “Tell Me Tomorrow” and “In The Heat Of A Passionate Moment”.

Exclusive bonus tracks have been selected direct from the PWL archives, many making their first-ever appearance on CD. These include sought-after 12′ remixes, the scarce soundtrack version of “Tell Me Tomorrow” from the movie “Knights & Emeralds” and the rare original demo of “Say I’m Your Number One”.

Originally a backing vocalist, Desiree Heslop’s session work with SAW led to the recording of the global smash, “Say I’m Your Number One”, released under the stage name Princess. Although subsequent projects failed to match its success, this debut album is not only a crossover classic but also a sought-after collectors’ item: scarce original CD copies have often changed hands at three-figure prices.