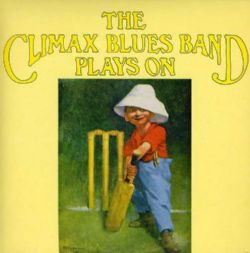 SKU: ECLEC2374
Categories: 10.95, Esoteric Recordings, Esoteric Sale, Physical, Sitewide Sale
Share:
Description
NEWLY
REMASTERED & EXPANDED EDITION OF THE CLASSIC SECOND ALBUM BY THE CLIMAX
BLUES BAND
FEATURING FOUR
RARE BONUS TRACKS, TWO PREVIOUSLY UNRELEASED
BOOKLET WITH
FULLY RESTORED ARTWORK & ESSAY
Esoteric Recordings are pleased to announce a
series of remastered and expanded reissues of the CLIMAX BLUES BAND catalogue,
including this newly expanded edition of the band’s second album, issued
originally in 1969. Formed in Stafford in 1968 by Colin Cooper, the band
(originally known as the CLIMAX CHICAGO BLUES BAND) recorded their second album
in 1969 with a line up of COLIN COOPER (Vocals, Saxophones, Harmonica), PETE
HAYCOCK (Guitar, Vocals), ARTHUR WOOD (Keyboards), DEREK HOLT (Bass,
Mellotron), RICHARD JONES (Bass) and GEORGE NEWSOME (Drums).
This Esoteric Recordings release has been newly
remastered and features four bonus tracks, two of which are drawn from the A
& B sides of a single and two previously unreleased recordings, ‘Dance of
the Mountain Queen’s Daughter’ and the first mix of ‘Flight’. The reissue
includes a lavishly illustrated booklet that fully restores the original album
artwork and a new essay.