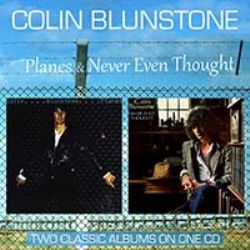 SKU: CDMRED665
Categories: 9.95, Cherry Red Records, Cherry Red Sale, Physical, Sitewide Sale
Share:
Description
• Colin Blunstone made his name with the legendary 1960s band The Zombies, who are still active to this day.
• After leaving The Zombies, Colin embarked on a long and successful solo career, enjoying hits such as ‘Say You Don’t Mind’ and ‘I Don’t Believe In Miracles’.
• Planes (1976) and Never Even Thought (1978) were recorded for Elton John’s Rocket Records label and – amazingly – have never been released on CD.
• Both albums have been remastered from the original quarter-inch tapes.
• Planes was produced by Gus Dudgeon and opens with ‘Beautiful You’ and the Elton John-penned title track, both of which were chosen as singles. It also boasts a reworking of The Zombies’ classic, ‘(Care Of) Cell 44’ and a third single, Kiki Dee’s ‘Loving And Free’.
• Never Even Thought begins with the lead single, Richard Kerr’s ‘I’ll Never Forget You’; the other tracks chosen as 45s were ‘Ain’t It Funny’ and ‘Photograph’. Rod Argent guests on the album.
N.B: This title is released 28th August 2015 and will not be dispatched before this date.