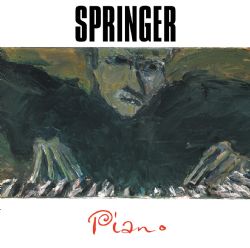 •    Piano was Mark’s first solo album, recorded shortly after Rip, Rig & Panic disbanded and issued on independent label Illuminated in 1984. It has never officially been available on CD – until now!

•    This long-overdue reissue adds six bonus tracks which complement the mood of the parent LP.

•    Rip, Rig & Panic enjoy a significant following in Japan, where this CD is predicted to be extremely well received.

•    Piano is a joint venture between Mark’s label Exit and Cherry Red.

For more info on mark springer and his music go to:
www.exit.co.uk
www.markspringer.net