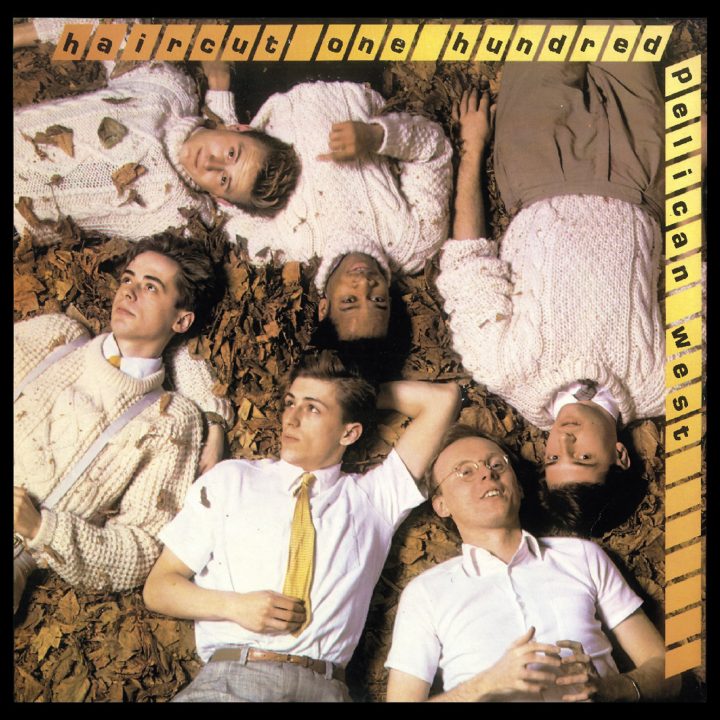 A Deluxe Edition release of one of the legendary albums of the 80’s – a classic!  Originally released in February 1982 this highly anticipated reissue is the most comprehensive collection available of the original album plus related tracks showcasing Haircut One Hundred at their peak.

• A Deluxe Edition release of one of the legendary albums of the 80’s – a classic!

• Originally released in February 1982 this highly anticipated reissue is the most comprehensive collection available of the original album plus related tracks showcasing Haircut One Hundred at their peak.

• Haircut One Hundred sprung into the limelight with the release of their first single ‘Favourite Shirts (Boy Meets Girl)’ soon after having signed to Arista Records. It reached number 4 in the UK singles chart. Followed up by ‘Love Plus One’ peaking at # 3 and then ‘Fantastic Day’ making it to number 9 – the band had caught the attention and affection of the buoyant UK music scene when single sales were soaring. The band were at the forefront of the emerging Brit funk wave and created memorable and lasting pop classics.

• Pelican West achieved platinum status for sales in excess of 300,000 units in the UK.

• The 7″ and 12″ versions of the b/sides – Boat Party, Marine Boy, Ski Club Of Great Britain and October Is Orange (Day 1 And Day 2). Many of these have never been available on CD.

• The album was produced by Bob Sargeant, best known for his work with The Beat, Breathe and many a John Peel Session.

• All the tracks have been sourced from the original production master tapes.

• The original design concept for the band’s artwork came from Nick Heyward who had worked as a commercial artist before the band’s success.

• The CD booklet features artwork from both the original vinyl album and promotional magazine plus extensive sleeve notes and a UK discography.

• Nick Heyward left the band opting to launch a successful solo career after increasing tensions during the recording of the second album. The band went on to record a 2nd album “Paint And Paint” for Polydor Records in 1984 though neither party eclipsed the heights of the creative and commercial success of 1982 releases.

• For more information of the band’s activities please visit www.haircutonehundred.net

6. KINGSIZE (YOU'RE MY LITTLE STEAM WHISTLE)

10. LOVE'S GOT ME IN TRIANGLES

10. LOVE'S GOT ME IN TRIANGLES (SPECIAL EXTENDED VERSION) #