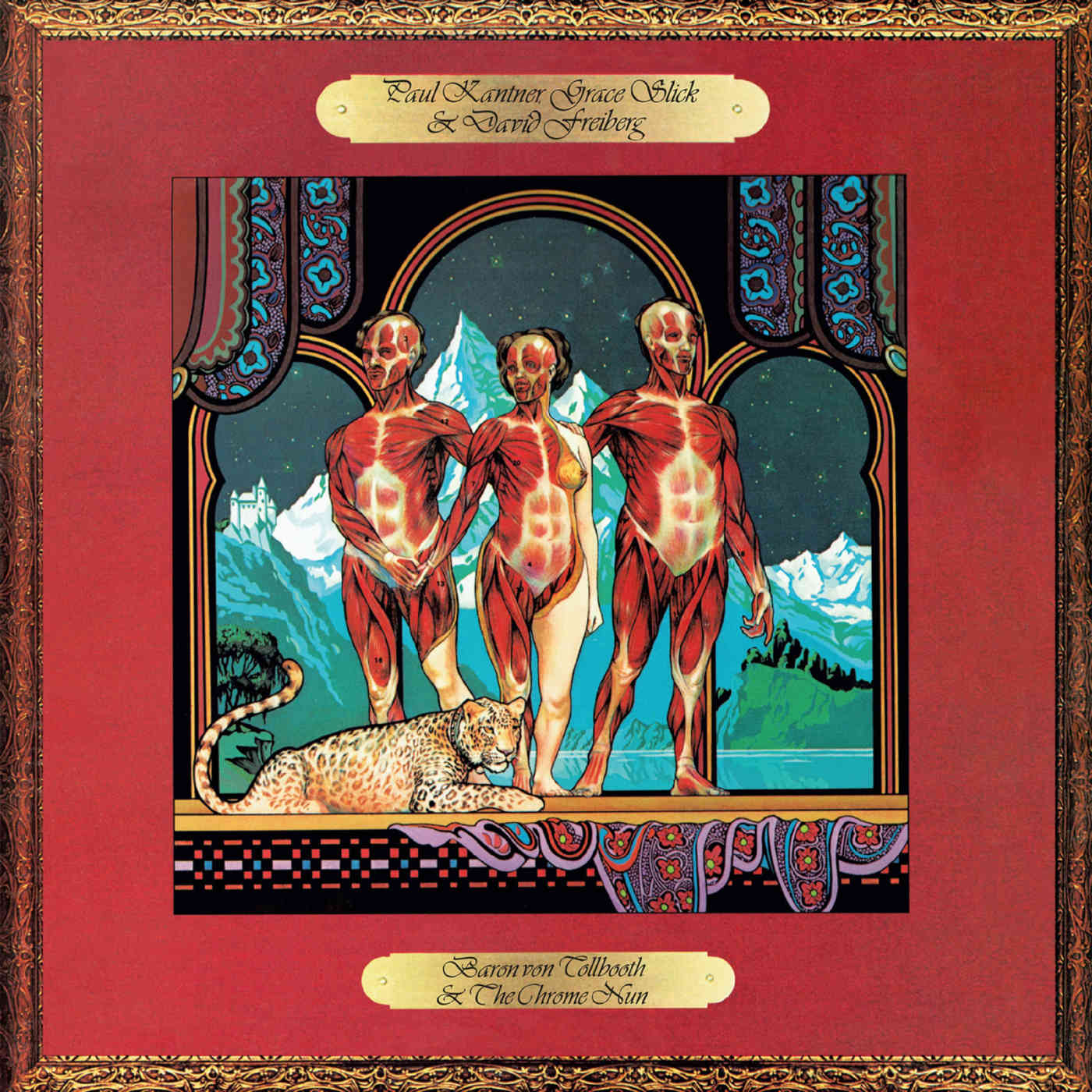 Esoteric Recordings are pleased to announce the release of a new re-mastered edition of the legendary 1973 album by JEFFERSON AIRPLANE members Paul Kantner, Grace Slick and David Freiberg; Baron von Tollbooth and the Chrome Nun.

Esoteric Recordings are pleased to announce the release of a new re-mastered edition of the legendary 1973 album by JEFFERSON AIRPLANE members Paul Kantner, Grace Slick and David Freiberg; Baron von Tollbooth and the Chrome Nun.

The album followed on from Kantner and Slick’s experiments on the albums Blows Against the Empire (1970) and Sunfighter (1971) and was recorded at Wally Heider’s Studio in San Francisco at the close of 1972, just as Jefferson Airplane were winding down as a unit. As with Kantner’s and Slick’s previous ventures outside the Airplane, Baron von Tollbooth… pushed boundaries and eschewed any commercial considerations. The resulting album was experimental and progressive in nature but was also a fine work.

The album sessions featured contributions from fellow Jefferson Airplane members John Barbata, Jack Casady, Jorma Kaukonen & Papa John Creach along with some of the finest alumni from the West Coast rock music scene of the late 60s / early 70s such as Jerry Garcia and Mickey Hart (from the Grateful Dead), David Crosby (whose nicknames for Kantner and Slick gave the album its title), Chris Ethridge (from The Flying Burrito Brothers) and Craig Chaquico (later to join Jefferson Starship).

With such fine material as Flowers of the Night, Your Mind Has Left Your Body, Harp Tree Lament (with lyrics by Grateful Dead lyricist Robert Hart), White Boy (Transcaucasian Airmachine Blues), Fishman and Sketches of China, the album remains one of the great unsung albums to emerge from the Jefferson Airplane family tree. This Esoteric Recordings edition has been newly re-mastered and restores the original album artwork in a digipack.

TRACK LISTING
1. BALLAD OF THE CHROME NUN
2. FAT
3. FLOWERS OF THE NIGHT
4. WALKIN’
5. YOUR MIND HAS LEFT YOUR BODY
6. ACROSS THE BOARD
7. HARP TREE LAMENT
8. WHITE BOY (TRANSCAUCASIAN AIRMACHINE BLUES)
9. FISHMAN
10. SKETCHES OF CHINA