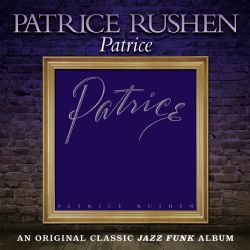 Los Angeles-born multi-faceted musician, songwriter, singer, arranger and producer Patrice Rushen had recorded three acclaimed and well-received albums for the jazz label Prestige Records during her tenure with the company before signing a 1977 contract with Elektra Records.

Patrice kicked off her successful association with the label with the 1978 album PATRICE, her first breakthrough into the U.S. mainstream market, reaching No. 5 on the Jazz Albums and No, 27 on the R&B Albums charts, paving the way for Patrice to achieve international success with subsequent Elektra albums. The funky single ‘Hang It Up’ became her first Top 20 R&B hit single.

In a departure from her earlier recordings, her Elektra debut focused more on Patrice’s soulful vocals: standouts on PATRICE include the ballad ‘Didn’t You Know,’ the upbeat ‘Changes (In Your Life),’ the lilting ‘Cha-Cha’ and the groove-licious ‘It’s Just A Natural Thing.’

PATRICE has been out of print on CD for a number of years and is being reissued as part of SoulMusic Records’ jazz/funk series. The notes by respected writer Jeff Lorez include 2012 quotes from Patrice on the impact of her first major international label release.

8.
IT'S JUST A NATURAL THING