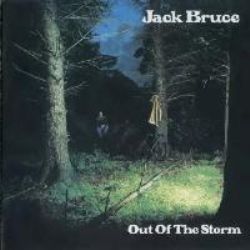 Out Of The Storm
Jack Bruce

SKU: ECLEC2289
Categories: 10.95, Esoteric Recordings, Esoteric Sale, Physical, Sitewide Sale
Share:
Description
Esoteric Recordings are pleased to announce a new CD release of Out Of The Storm, the 1974 album by the legendary Jack Bruce. Recorded in Los Angeles and London after the demise of the power trio West, Bruce & Laing, the album featured a collection of marvellous compositions which reflected Jack’s varied musical styles. Songs such as Keep It Down, Runnin Through Our Hands, One and Timeslip soon became staples of his concert repertoire and remain highly regarded and acclaimed.This Esoteric Recordings reissue also includes five alternate first mixes of Keep it Down, Keep on Wondering, Into the Storm, Peaces of Mind and One mixed at Olympic studios in May and June 1974 as bonus tracks.
Additional information
Tracklist
Peaces Of Mind / Golden Days / Running Through Our Hands / Keep On Wondering / Keep It Down / Into The Storm / One / Timeslip / Bonus Tracks -Keep It Down (First Mix) / Keep On Wondering (First Mix) / Into The Storm (First Mix) / Peaces Of Mind (First Mix) / One (First Mix)
Reviews (0)