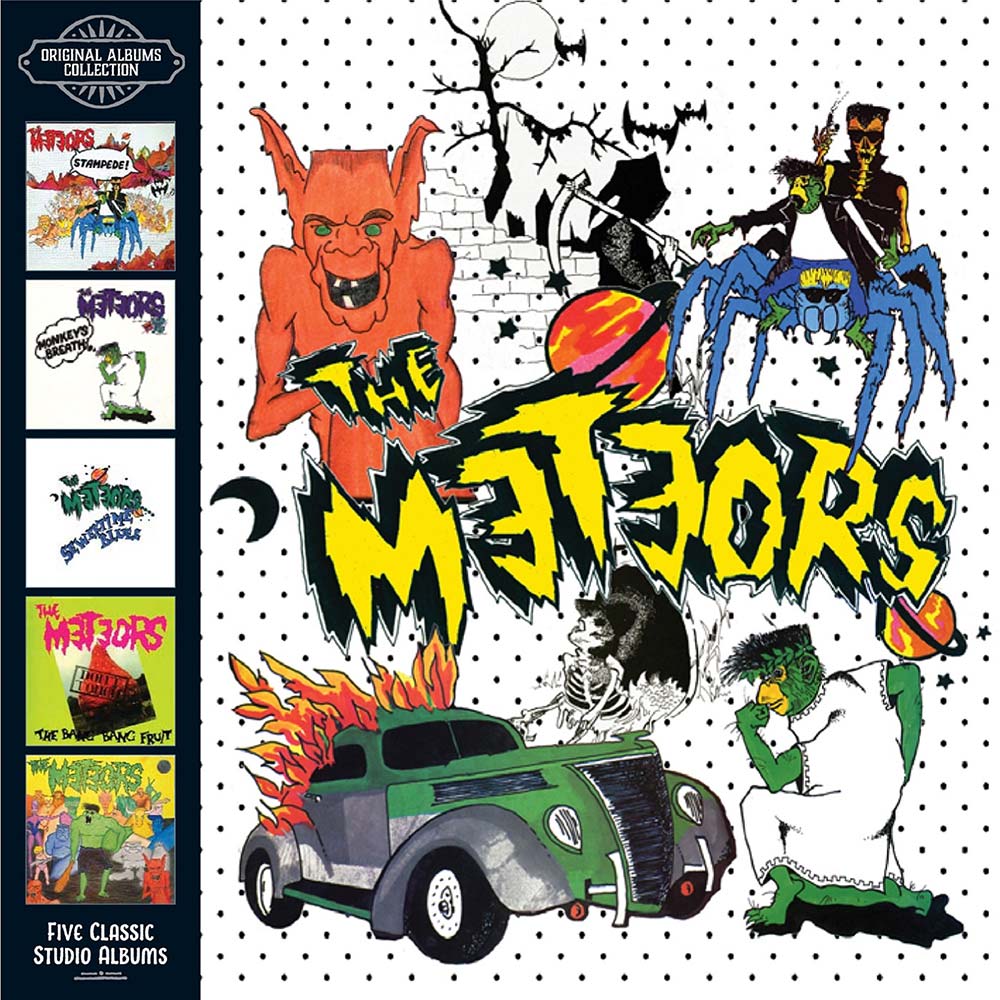 This set – comprising five studio albums originally released between 1984 and 1988 – captures THE METEORS in their heyday, pummelling their way through seventy five album tracks, single mixes and b-sides.

Since the dawn of time, psychobilly originators and figureheads The Meteors have set the standard for the angry blend of rockabilly, punk and dirty sci-fi horror blues that continues to find new fans around the world. Beloved of bikers, punks, rockabillies, goths, rockers, cowgirls and indie boys alike for over thirty years, the gaggle of pissed off boys who emerged from a succession of London rockabilly bands as the grim 70s lurched into the 80s has slowly mutated into a worldwide phenomenon, legends in their own lifetime and Godfathers of a scene that refused to die.

This set – comprising five studio albums originally released between 1984 and 1988 – captures the band in their heyday, pummelling their way through seventy five album tracks, single mixes and b-sides. Packaged in individual LP sleeve replica wallets and a hard clamshell box, these records are ripe for rediscovery and re-examination, as is the psychobilly movement as a whole.

Along with traditional strongholds in the UK, mainland Europe and Japan, the psychobilly movement continues to mutate and find new fanbases around the world.