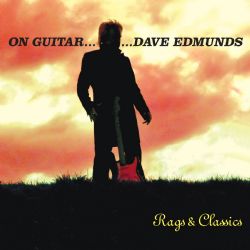 SKU: RPM527
Categories: 10.95, Physical, RPM, RPM Sale, Sitewide Sale
Share:
Description
• Dave Edmunds produces his first ever completely Instrumental album.
• Includes seven totally brand new recordings.
• The album features classic pop songs favoured by Dave for their arrangements and reinterpreted by Dave as guitar pieces.
• Plus traditional picking tunes arranged by Dave, influenced by his favourite guitar pickers such as Chet Atkins, Merle Travis, Jerry Reed.
• Third album of Edmunds work on RPM following the successful release in 2013 of the albums …AGAIN , and the expanded edition of Subtle As A Flying Mallet.
• Profile for the releases has been growing through a wealth of print interviews during the last 18 months, an ongoing Facebook campaign, youtube videos with over 45,000 views.
• UK live appearances are planned in 2015.
N.B This title is released 18th May and will not be dispatched before this date.
Track Listing:
1. A WHITER SHADE OF PALE
2. I BELIEVE I CAN FLY
3. GOD ONLY KNOWS
4. WUTHERING HEIGHTS
5. YOUR SONG
6. BLACK MOUNTAIN RAG
7. CLASSICAL GAS
8. GREEN ONIONS
9. CANNONBALL RAG
10. SYMPHONY NO. 40 IN G MINOR, MOLTO
ALLEGRO (MOZART)
Additional information
Tracklist
Track listing as above.
Reviews (0)