We use cookies to ensure that we give you the best experience on our website. Click OK to accept and continue shopping, or find out more in our cookie policy...OKRead More
Return to previous page
View cart “Harmony For Elephants: Various Artists, A Charity AlbumVarious Artists” has been added to your cart. 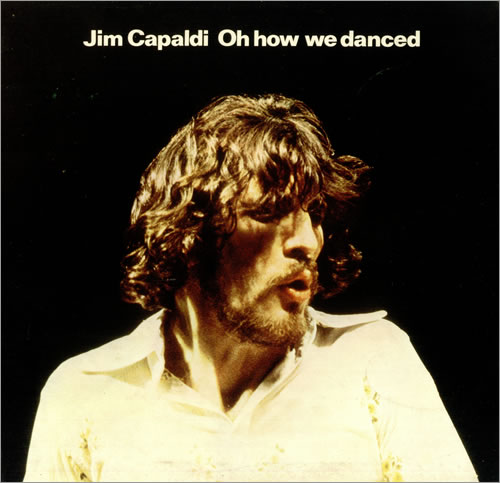 Esoteric Recordings are pleased to announce a new remastered edition of the wonderful 1972 debut album by JIM CAPALDI. The album was recorded whilst Jim’s band TRAFFIC was on a brief hiatus due to Steve Winwood being indisposed.

Mainly recorded at the legendary Muscle Shoals studio in Alabama, the album featured the Muscle Shoals Rhythm Section of Roger Hawkins (Drums), David Hood (Bass) and Barry Beckett (keyboards), along with a host of guests such as STEVE WINWOOD, CHRIS WOOD, PAUL KOSSOFF, DAVE MASON, RIC GRECH, JIM GORDON, MIKE KELLIE & TREVOR BURTON. Featuring tracks such as ‘Eve’, ‘Don’t Be A Hero’ and ‘Open Your Heart’, “OH HOW WE DANCED” was a superb debut from one of Britain’s most talented musicians.

This Esoteric Recordings reissue includes the bonus track “GOING DOWN SLOW ALL THE WAY” and has been re-mastered from the original master tapes. The reissue includes a booklet that fully restores all original album artwork and features an informative essay.