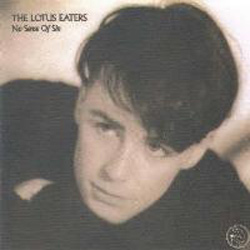 No Sense Of Sin
Lotus Eaters (The)

SKU: CDMRED433
Categories: 9.95, Cherry Red Records, Cherry Red Sale, Physical, Sitewide Sale
Share:
Description
A reissue of the original version of The Lotus Eaters’ debut album, originally released in 1984. The Lotus Eaters were formed in the early 80’s by Jem Kelly, formerly of The Wild Swans and Peter Coyle. The band enjoyed a couple of hits The First Picture Of You and You Don’t Need Someone New in 1983, releasing one album No Sense Of Sin . The duo reformed after nearly two decades apart to record and release the album Silentspace . The band are still very active, having given an extremely well received performance at the Liverpool Philharmonic Theatre in 2009, the band are currently putting the finishing touches to a new album. The CD booklet features extensive sleeve notes and a UK discography and includes images of many of their original sleeves.
Additional information
Tracklist
German Girl / Love Still Flows / Can You Keep A Secret? / out On Your Own / Put Your Touch On Love / Too Young / Set Me Apart / You Fill Me With Need / The First Picture Of You / Alone Of All Her Sex / When You Look At Boys / Start Of The Search / Bonus Tracks - You Don't Need Someone New / Two Virgins Tender / My Happy Dream / The Evidence / Endless / The Lotus Eaters / Out On Your Own (12" version) / It Hurts (12" version)
Reviews (0)