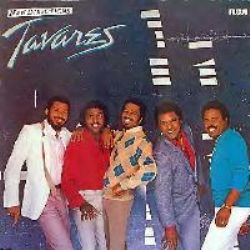 Tavares charted
many Soul and Disco classics on the Capitol label in the seventies with hits
such as Check It Out, She’s Gone, It Only Takes A Minute, Heaven Must Be
Missing An Angel, Don’t Take Away the Music, Who dunnit and More Than A Woman.
New Directions was their confident 1982 debut on RCA Records.

The album became
their longest running album on the US R&B chart at an impressive 30
weeks.  Singles include the timeless
ballad A Penny For Your Thoughts which returned them to the US Pop Top 40 for
the first time since 1978 as well as becoming an international hit.

The further
R&B hit and club classic Got To Find My Way Back To You is also featured
here in its original and 12″ Remix form. Features four bonus tracks and
interviews with the Tavares family

This long
sought-after CD re-master is a must for all Soul, Disco and Funk fans and makes
its international CD debut on BBR