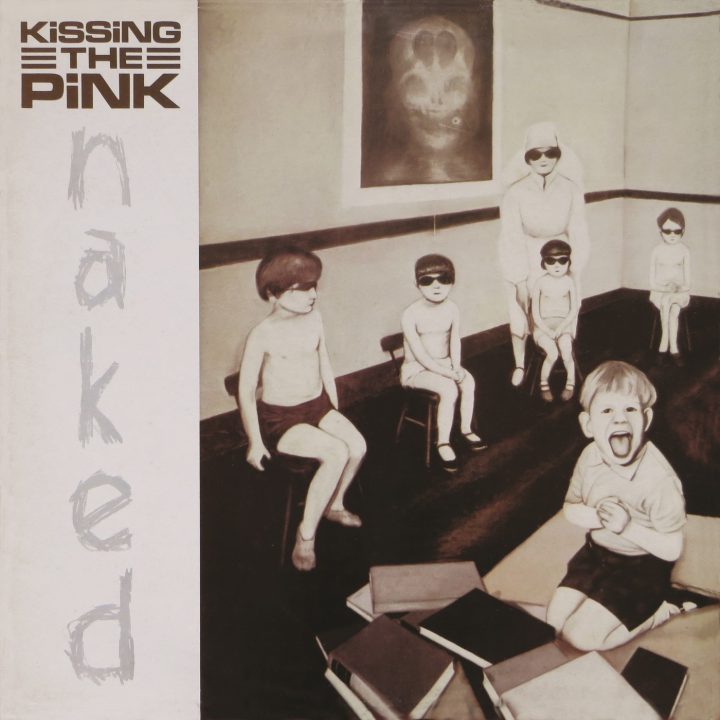 32 years after its original release sees the first UK CD reissue of the debut album by new wave synthpop pioneers – Kissing The Pink. This special edition includes the 12 original album plus seven related bonus tracks all sourced from the original master tapes.

• 32 years after its original release sees the first UK CD reissue of the debut album by new wave synthpop pioneers – Kissing The Pink. This special edition includes the 12 original album plus seven related bonus tracks all sourced from the original master tapes.

• Kissing The Pink released an indie single ‘Don’t Hide In The Shadows’ in 1981 that brought them to the attention of Magnet Records. The label signed the band and went on to release three albums with the band spanning the 1983-86 period.

• The band’s first album ‘Naked’ was released in February 1983 and provided the following 5 singles:

➢ Mr Blunt includes the album and 12″ ‘Mixed For Feet’ versions. The latter was remixed by Pete Hammond.

➢ Last Film includes the both the album and Hymn versions and the Extended 12″ mix. This was the most successful single taken from the album and peaked at # 19 in March 1983.

➢ Love Lasts Forever includes the album and the 12″ versions. The 12″ mix was taken from the US and Australian edition timed at 06:15. Not previously available in the UK.

➢ Maybe This Day includes album version and also ‘We Are Your Family – Special Club Version’ taken from the 12″ single. The b/side ‘Middleton Row’ is a bonus track. This was their first single to enter the US Billboard Hot 100 chart.

• The album was produced by Colin Thurston, known for his work with David Bowie, The Human League, Duran Duran and The Only Ones amongst others.

• All the tracks have been sourced from the original production master tapes and the CD booklet features the original album front cover plus extensive sleeve notes with band members sharing their memories of the period and a UK discography.

• The band also released the albums; ‘What Noise?’ in 1984 and ‘Certain Things Are Likely’ in 1986 on Magnet Records using the shortened band name KTP. The band enjoyed success in Europe and in the US especially in the Hot Dance Music/Club Play chart. There was one final album ‘Sugarland’ in 1993.

N.B. This title is released 23rd October 2015 and will not be dispatched before this date.

*not previously released in the UK

*not previously released in the UK
Reviews (0)