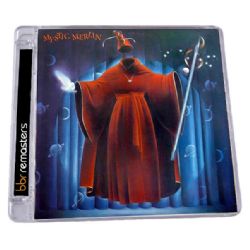 SKU: CDBBR0162
Categories: 9.95, Big Break Records, Physical, Sitewide Sale
Share:
Description
Mystic Merlin were originally known as Mystic
Merlin’s Magic Band and used to incorporate magic tricks into their live shows,
they later dropped this gimmick and were taken seriously on the Soul and Dance
Scene. Main vocals in Mystic Merlin were occasionally provided by Freddie
Jackson who went onto have a hugely successful solo career with ten R&B #1
singles as well as seven R&B top ten hits.
MYSTIC MERLIN was the band’s first album
released in 1980 on Capitol Records. It was produced by Charles Kipp following
his work with David Ruffin, Gladys Knight & The Pips, Melba Moore, Aretha
Franklin and Johnny Nash.
Released in deluxe Super Jewel cases, with bonus tracks, MYSTIC MERLIN
is a must for all Funk and Soul fans out there!