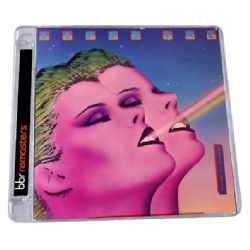 SKU: CDBBR0130
Categories: 9.95, Big Break Records, Physical, Sitewide Sale
Share:
Description
Lipps Inc. are
from Minneapolis and primarily consisted of producer Steven Greenberg and
Cynthia Johnson ( former Miss Black Minnesota 1976).
ROCK IT was recorded and self-released as a 12”
single in 1979 by Flight Records, Minneapolis and led to them signing with
Casablanca Records later that year.
MOUTH TO MOUTH was released soon after
ROCK IT, the first single from MOUTH TO MOUTH,
saw Lipps Inc gain their first major commercial success by reaching the #20
spot in the Disco chart.
FUNKYTOWN was released in January 1980 and soon
soared to the top of the Billboard Hot 100 and Disco charts as well as reaching
the #1 spot in Sweden, Germany, Austria, Switzerland, Norway and the Netherland
and the #2 spot in the UK.
Released in deluxe Super Jewel cases, with bonus tracks, MOUTH TO MOUTH
is a must for all Disco and Funk fans out there!