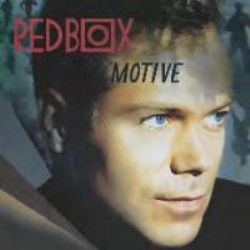 SKU: CRPOP80
Categories: 9.95, Cherry Pop, Cherry Pop Sale, Physical, Sitewide Sale
Share:
Description
The long overdue reissue of the second album by Red Box, available for the first time since its 1990 release. The album follows on from Cherry Pop’s massively successful reissue of the band’s debut album “The Circle & The Square” in 2008.

This 12 track CD features the 10 songs of the original album plus two sought after bonus tracks.

The two bonus tracks on the CD are Train – Fantasy Island Mix taken from the original 12″, the single’s superb b/side Hello He Lied – all available on CD for the first time.

The CD booklet features a UK discography and the extensive sleeve notes have been contributed by Simon Toulson-Clarke from the band. Red Box came to the attention of the world with their debut single Chenko on Cherry Red Records in 1983. The band soon signed to WEA Records and the band hit the upper reaches of the charts with their 2nd single Lean On Me.

The band enjoyed further single chart success and released two albums, ‘The Circle & The Square’ and ‘Motive’. Red Box should’ve enjoyed lasting success but the band’s output stopped there until the rerecorded version of Lean On Me was made available through iTunes by the band in 2007. The band released their third album, Plenty, the first for 20 years, on Cherry Red earlier this year. The band’s influence is still evident today with many fan websites created to celebrate their music.
Additional information
Tracklist
Train / Moving / Hungry / The Clapping Song / Soldier Of Love / The Power Is Down / Now Ask / Casbah / Walk On My Hands / New England / Bonus Tracks - Hello He Lied / Train - Fantasy Island Version
Reviews (0)