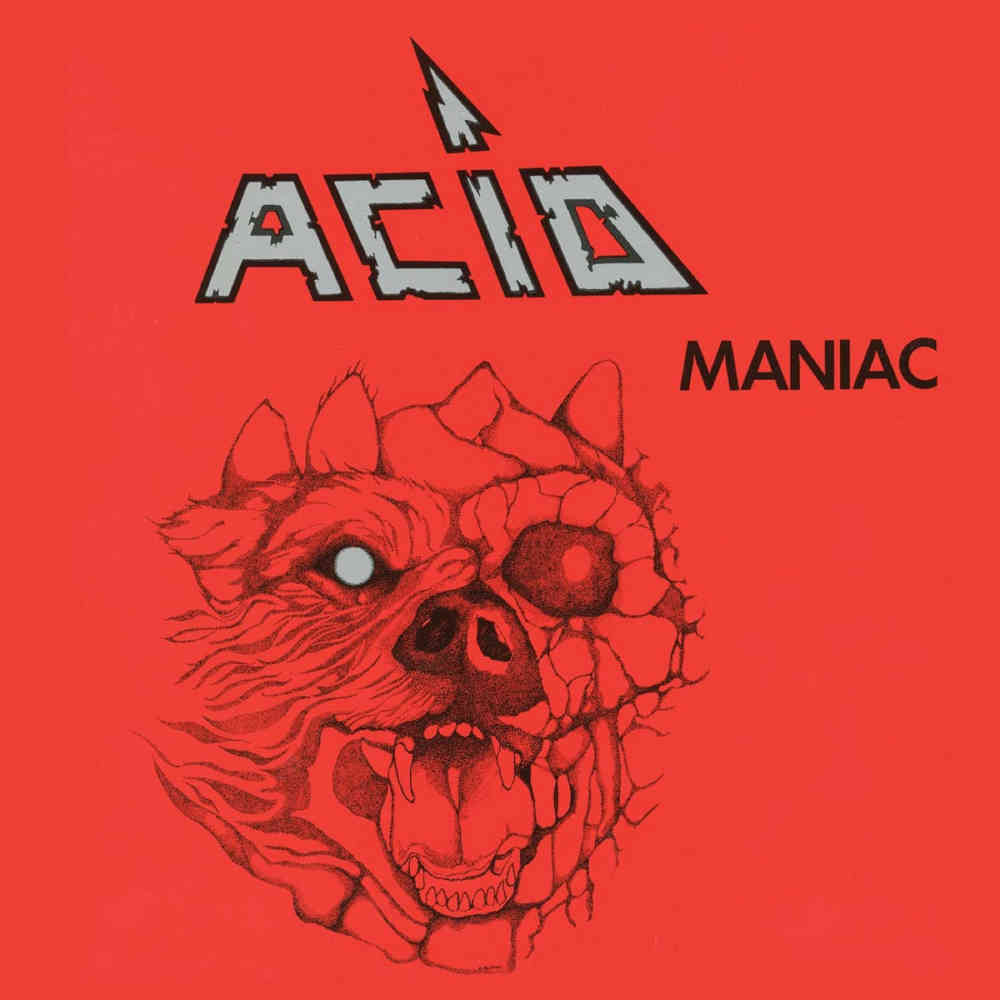 Reissued with band approval and their full involvement, and featuring liner notes from Acid expert and Classic Rock/Metal Hammer writer Malcolm Dome, this release features the bonus tracks drop DEAD, THE DAY YOU DIE and EXTERMINATOR.

• This dose of Acid has nothing to do with the druggy excesses of late 60s US rock, or the techno craze of the late 80s UK. This preparation of Acid are the female-fronted, cult heavy metal five-some from 1980s Bruges, in Belgium.

• Highly influenced by the New Wave Of British Heavy Metal, a movement that gave us Iron Maiden, Saxon and Diamond Head, Acid featured lead singer Kate De Lombaert, Demon on lead guitar, Dizzy Lizzy on rhythm guitar, T-Bone on bass and Anvill on drums. They recorded three highly influential slabs of pure, unadulterated heavy metal for their own Giant Records between 1982 and 1985.

• Also available from Acid are their debut studio album “Acid” from 1982 and third release, 1985’s “Engine Beast”, both with non-album bonus material.

FOR FANS OF JUDAS PRIEST, MOTÖRHEAD AND VENOM

7. PRINCE OF HELL AND FIRE