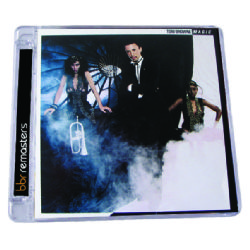 SKU: CDBBR0116
Categories: 9.95, Big Break Records, Physical, Sitewide Sale
Share:
Description
With multi Gold
selling albums and having been described by George Benson as Joy filled in
expressiveness and believable in any musical style its easy to see why Tom
Browne is one of the most renowned Jazz trumpeters of our generation. Starting
on the piano, and later inspired by his collection of Jazz Records, Tom Browne
switched to the trumpet at the age of 11 and studied under Murray Karpilovsky
who was the principal trumpeter with the NBC Orchestra. Before the release of
his first album, Tom Browne had already played alongside such greats as Weldon
Irvine, Sonny Fortune and Lonnie Liston Smith.
MAGIC was Tom’s
third album release and reached #5 on the R&B chart and #37 on the Pop
chart. It was produced by Dave Grusin
and Larry Rosen and also features the vocal talents of Toni Smith who features
on Tom’s #1 R&B hit ‘Funkin’ For Jamaica’ (which is also available on BBR).
The
irresistibly funky THIGHS HIGH (GRIP YOUR
HIPS AND MOVE) was a big hit, spending 18 weeks in the R&B chart and
peaking at #4. It reached #45 in the UK charts after significant disco play. It
has also been sampled by the likes of Coolio on his R&B #24 single 1, 2, 3,
4 (Sumpin’ New).
Additional information
Tracklist
1. LET’S DANCE
2. MAGIC
3. I KNOW
4. MIDNIGHT INTERLUDE
5. GOD BLESS THE CHILD
6. NIGHT WIND
7. THIGHS HIGH (GRIP YOUR HIPS AND MOVE)
8. MAKING PLANS
9. LET’S DANCE (Single Version)
10. THIGHS HIGH (GRIP YOUR HIPS AND MOVE) (Single Version)
11. MAGIC (12” Disco Version)
Reviews (0)