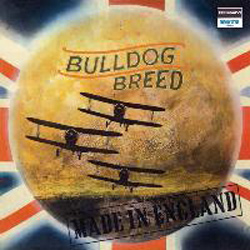 Made In England
Bulldog Breed

SKU: CRSEG003
Categories: 9.95, Grapefruit, Grapefruit Sale, Physical, Sitewide Sale
Share:
Description
Long established as one of the minor classics of the British psychedelic pop genre, the Bulldog Breed album Made In England was recorded in mid-1969 but not released by Deram Nova until the beginning of the following year – by which time its thrilling Spirit-of-’67 mod/psych sound and commitment to hook-laden, sub-three minute songs was fatally out of sync with the self-indulgence and bombast of the nascent progressive rock era.
Additional information
Tracklist