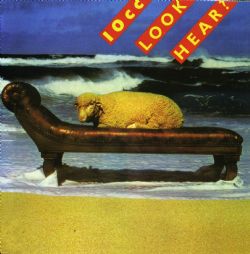 The eighth studio album by 10CC, first issued in 1980 and a UK No.35 hit, gets a welcome overhaul courtesy of 7T’s Records having been deleted for nearly a decade.

10cc’s eighth studio album, first issued in 1980 and a UK No.35 hit, gets a welcome overhaul courtesy of 7T’s Records having been deleted for nearly a decade.

Includes the singles “One Two Five” and ‘It Doesn’t Matter At All’.

Booklet contains detailed liner notes, lyrics to all the songs and pictures of relevant singles. Fully supported by the bands official fan club and completely remastered by Tim Turan.

Comes hot on the heels of our successful revamp of the bands first two albums plus a UK Singles Collection, which received rave reviews in magazines such as Record Collector and Q.

Additional information
Tracklist
One-Two-Five / Welcome To The World / How’m I Ever Gonna Say Goodbye / Don’t Send We Back / I Took You Home / It Doesn’t Matter At All / Dressed To Kill / Lover Anonymous / I Hate To Eat Alone / Strange Lover / L.A. Inflatable BONUS TRACKS One-Two-Five (Edited Single Version) / Only Child
Reviews (0)