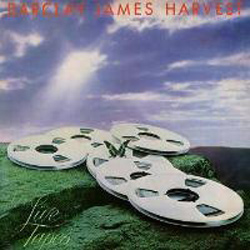 SKU: ECLEC22123
Categories: 10.95, Esoteric Recordings, Esoteric Sale, Physical, Sitewide Sale
Share:
Description
Released 27/04/09. Recorded over two tours in 1976 and 1977, ‘Live Tapes’ was released as Barclay James Harvest were on the ascendant. Following on the heels of their Platinum selling album ‘Gone to Earth’, a huge hit in Germany and a top thirty album in the UK, ‘Live Tapes’ offered versions of songs from the album such as ‘Poor Man’s Moody Blues’ and ‘Hymn’ alongside live selections from albums such as ‘Time Honoured Ghosts’ and ‘Octoberon’. This collection also adds three bonus tracks not released on the original double album, ‘Medicine Man’, ‘The World Goes On’ and ‘Hymn for the Children’, Released to coincide with a series of British concerts by John Lees’ Barclay James Harvest, this album makes a much welcomed appearance on CD once more and joins the release of an expanded ‘Barclay James Harvest Live’ on Esoteric Recordings this month.
Additional information
Tracklist
Disc One