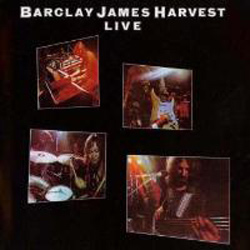 SKU: ECLEC2122
Categories: 10.95, Esoteric Recordings, Esoteric Sale, Physical, Sitewide Sale
Share:
Description
Released 27/04/09. Perhaps the finest hour of Barclay James Harvest came with this live album recorded in 1974 on the tour to promote the release of their first album for Polydor, ‘Everyone is Everybody Else’. The live set features all of their classic tracks such as ‘Mockingbird’, ‘Summer Soldier’, ‘Medicine Man’, ‘She Said’ and ‘For No One’. The record was the band’s first UK chart album and is constantly cited in internet polls as the group’s finest album. Released to coincide with a series of British concerts by John Lees’ Barclay James Harvest, this album makes a much welcomed appearance on CD once more and joins the release of an expanded ‘Live Tapes’ on Esoteric Recordings this month.
Additional information
Tracklist
Summer Soldier / Medicine Man / Crazy City / After The Day / The Great 1974 Mining Disaster / Galadriel / Negative Earth / She Said / Paper Wings / For No One / Mockingbird
Reviews (0)