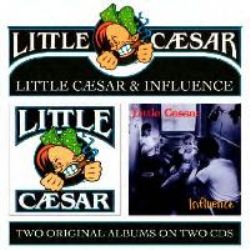 SKU: IBIRD20013CD
Categories: 9.95, IronBird, Physical, Sitewide Sale
Share:
Description
Little Caesar featured vocalist Ron Young, Apache and Louren Moulinaire (both on guitar), Fidel Paniagua (bass) and Tom Morris (drums). They quickly attracted attention, and released an independent EP titled Name Your Poison in 1989.With famed A&R man John Kalodner guiding them, Little Caesar appeared to be right on the blocks ready for success, especially when they were hooked up with producer Bob Rock for their debut album, 1990 s self-titled record arriving to critical plaudits from reviewers who heard a ballsy, bluesy hard rock act in the vein of Bad Company or Humble Pie, whilst the band s well-chosen covers of Aretha Franklin s classic Chain Of Fools and The Temptations I Wish It Would Rain added extra texture to an already well-rounded sound.Always compared to Guns n Roses, there’s little doubt that Little Caesar could withstand this better than almost anyone else, because the talent shines through brightly and positively. These albums, especially the debut, bear testimony to the fact that here was a band who deserved to be among the giants of the era.
Additional information
Tracklist
Little Caesar - Down-N-Dirty / Hard Times / Chain Of Fools / In Your Arms / From The Start / Rock-N-Roll State Of Mind / Drive It Home / Midtown / Cajun Panther / Wrong Side Of The Tracks / I Wish It Would Rain / Little Queenie / Influence - Stand Up / You’re Mine / Turn My World Around / Rum And Coke / Ain’t Got It / Ballad Of Johnny / Slow Ride / Pray For Me / Ridin On / Piece Of The Action
Reviews (0)