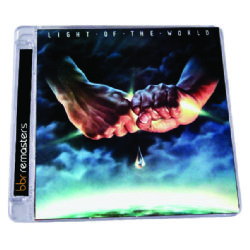 SKU: CDBBR0133
Categories: 9.95, Big Break Records, Physical, Sitewide Sale
Share:
Description
LIGHT OF THE WORLD were a forerunner of the
late seventies and early eighties British Jazz-Funk movement and took their
name from Kool & The Gang’s 1974 album Light Of Worlds. Band members
Wellington, Baptiste and McKreith later went onto become Beggar and Co. and
also worked with Spandau Ballet on their UK #3 hit ‘Chant No. 1 (Don’t Need
This Pressure)’.
LIGHT OF THE WORLD, released in 1979 on Ensign,
was their first of five albums; their final album appeared a whole twenty years
later. LIGHT OF THE WORLD was produced by Vincent Castellano who later went on
to produce the likes of Grand Master Flash.
SWINGIN’ was the first single from LIGHT OF THE
WORLD which reached #45 in the UK charts and was a massive dance-floor hit.
MIDNIGHT GROOVIN’ peaked at #75 in the UK
charts but was just as successful in the clubs as SWINGIN’.
Released in deluxe Super Jewel cases, with bonus tracks, LIGHT OF THE
WORLD is a must for all Funk and Soul fans out there!