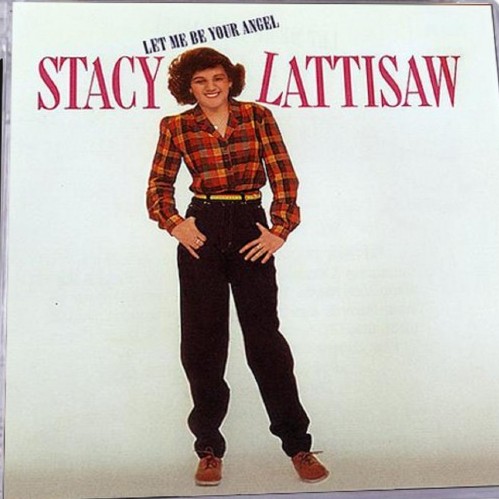 Let Me Be Your Angel: Expanded Edition
Stacy Lattisaw

BBR is thrilled to release LET ME BE YOUR ANGEL in a newly remastered and repacked edition with two bonus tracks and brand new interviews with STACY LATTISAW and producer NARADA MICHAEL WALDEN.

• Stacy Lattisaw emerged within the disco era with not only life-affirming dance hits but also quietly assured balladry that were as urgent as they were deceiving: Stacy was only 13 years old when her debut album Young And In Love was released in 1979 on Cotillion Records. Whilst that record was retroactively considered a minor success compared to the success that would follow, the duality between uplifting dance music and balladry was already in place.

• 1980’s LET ME BE YOUR ANGEL, her sophomore release on Cotillion, is the blueprint for her continued success on the label in the early years of the decade. Lead single ‘Dynamite!’(R&B #8/DISCO #1) is utterly joyous in its reiterations of late 70s dance-funk with subtle synthesisers that post-disco artists would continue expanding on in the years to follow. UK single ‘Jump to the Beat’ (UK #3, Disco #1) became Stacy’s signature hit in Europe. Deliriously fun dance-pop, it’s a contrast with the ballads that would follow on the record.

• The album’s final single and title track (US #21/R&B #8/AC #34) proved to be the record’s most successful stateside hit and Stacy’s most sentimental vocal performance to date. Again, the single is testament to how self-assured Stacy could be with her vocals without any attention locked in on how remarkably young she is; her heartbreak is at the forefront here.

• BBR is thrilled to release LET ME BE YOUR ANGEL in a newly remastered and repacked edition with two bonus tracks and brand new interviews with STACY LATTISAW and producer NARADA MICHAEL WALDEN.

Notice: id was called incorrectly. Product properties should not be accessed directly. Backtrace: require('wp-blog-header.php'), require_once('wp-includes/template-loader.php'), include('/themes/xstore/woocommerce/single-product.php'), wc_get_template_part, load_template, require('/themes/xstore/woocommerce/content-single-product.php'), do_action('woocommerce_after_single_product_summary'), WP_Hook->do_action, WP_Hook->apply_filters, woocommerce_output_product_data_tabs, wc_get_template, include('/themes/xstore/woocommerce/single-product/tabs/tabs.php'), wpb_new_product_tab_content, WC_Abstract_Legacy_Product->__get, wc_doing_it_wrong Please see Debugging in WordPress for more information. (This message was added in version 3.0.) in /home/cherryredco/public_html/wp-includes/functions.php on line 4986
1. JUMP TO THE BEAT
2. DYNAMITE!
3. YOU DON’T LOVE ME ANYMORE
4. DREAMING
5. LET ME BE YOUR ANGEL
6. DON’T YOU WANT TO FEEL IT (FOR YOURSELF)
7. YOU KNOW I LIKE IT
8. MY LOVE