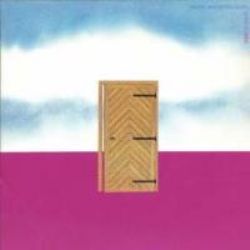 Esoteric recordings announce the release of a newly Remastered and expanded edition of this acclaimed album by Pierre Moerlen’s Gong. By the late 1970s percussionist Pierre Moerlen had taken over the leadership of Gong and had Steered the band away from psychedelic space rock and took the band into a jazz rock direction, one in which the band Excelled. After recording several albums with virgin, Moerlen signed with Arista Records in 1978. Following the albums Downwind , Time Is The Key and Live (also available on Esoteric), Moerlen’s band recorded. This classic final album with Hansford Rowe on bass and Bon Lozaga on guitar.

Leave It Open / How Much Better It Has Become / I Woke Up That Morning, Felt Like Playing Guitar / It’s About Time / Stok Stok Stok Sto-Gak / Adrien