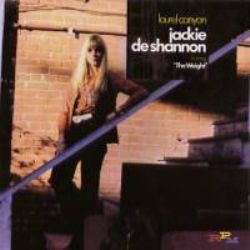 SKU: RPM304
Categories: 10.95, Physical, RPM, RPM Sale, Sitewide Sale
Share:
Description
The third in our reissue series, a re-release from 1968 and Jackie’s favourite album of her 1960s output. Contains the hits The Weight and Come Stay With Me (the latter originally written by Jackie for Marianne Faithful) and her outstanding originals L.A. and Laurel Canyon, plus a great cover on Sunshine of Your Love. Barry White is among the players on the set.Again memorabilia and photos come from Jackie’s own archive, and Capitols tape vaults have been raided for original masters. Bonus tracks from contemporary singles have also been added, including Put A Little Love In Your Heart, written by Jackie and covered by many.
Additional information
Tracklist
Laurel Canyon / Sunshine Of Your Love / Crystal Clear / She's My Best Friend / I Got My Reason / Holly Would / You've Really Got A Hold On Me / The Weight / Bitter Honey / Come And Stay With Me / L.A. / Too CloseBonus Tracks Trust In Me / What Is This? / Effervescent Blue / Put A Little Love In Your Heart / Always Together / Love Will Find A Way / I Let Go Completely / Try A Little Harder
Reviews (0)