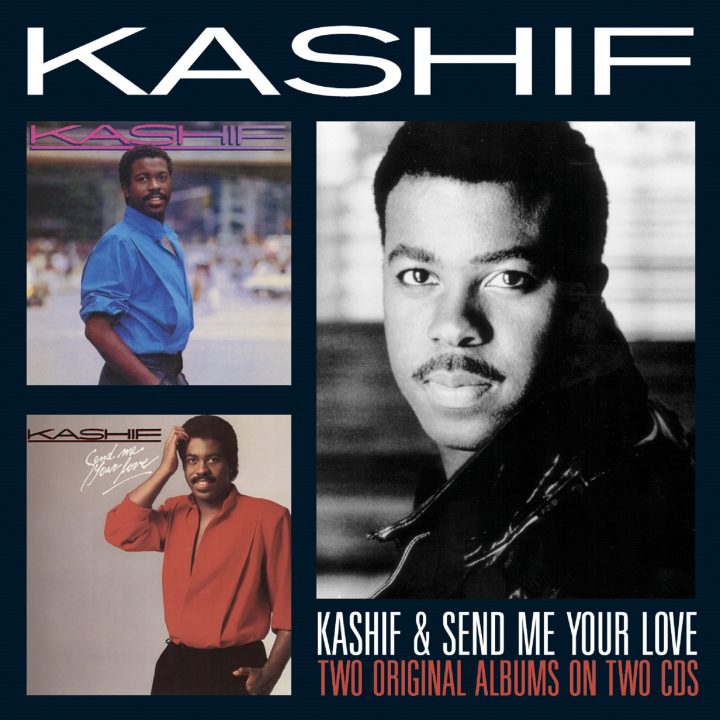 Kashif / Send Me Your Love
Kashif

• In many ways, the most important thing that he did was to help pioneer the use of synthesizer technology in the world of funk alongside Stevie Wonder and also Ronnie McNeir. He got a big break with B.T. Express, one of the biggest funk-disco bands of the era. With them he enjoyed hits like ‘Do It (Till You’re Satisfied)’ (which reached # 2 in the US charts in 1974) and ‘Express’ (top # 4 the following year). While aboard the Express, he also got to play synthesizer bass, through using a Mini Moog.

• After leaving B.T. Express, Kashif started to record demos with a band called Stepping Stone, and these led to him signing a deal with Arista Records. Around the same time, he was offered the chance to tour with chart success Stephanie Mills, as word of his synth mastery spread. He also formed his own production company, Mighty M Productions, with Paul Laurence and Morrie Brown. The idea was to bring the sound of modern technology into funk. This worked brilliantly with Evelyn ‘Champagne’ King on the 1981 hit ‘I’m In Love’. She sounded different to anything else out there. As a result of this triumph, RCA Records asked the Mighty M team to work with King on the next album, ‘Get Loose’. This included the innovative ‘Love Come Down’ hit, wherein Kashif played all the instruments, bar the guitar.

• In 1983 Kashif created his self-titled, debut album, and in the process had no less than four hits: ‘I Just Gotta Have You (Lover Turn Me On)’, ‘Stone Love’, ‘Help Yourself To My Love’ and ‘Say Something Love’. All of these made the black charts, with ‘I Just Gotta….’ reaching number five. Some believed that Kashif was Arista’s answer to Prince. But although there are similarities between the two, it’s our hero here who was actually a lot more inventive in the studio.

• Kashif’s next album was ‘Send Me Your Love’ (released in1984). Such was his pulling power by then that he even got Al Jarreau to guest on one song, ‘Edgartown Groove’, which was another big hit for him, and also got him a Grammy nomination.

• What you have here are the best two solo albums the man has ever done, and they show different sides to his musical personality. Each in their own way is a triumph for artistry, and underlines the fact that, like Prince, this is one man not prepared to repeat a formula for sake of easy sales.