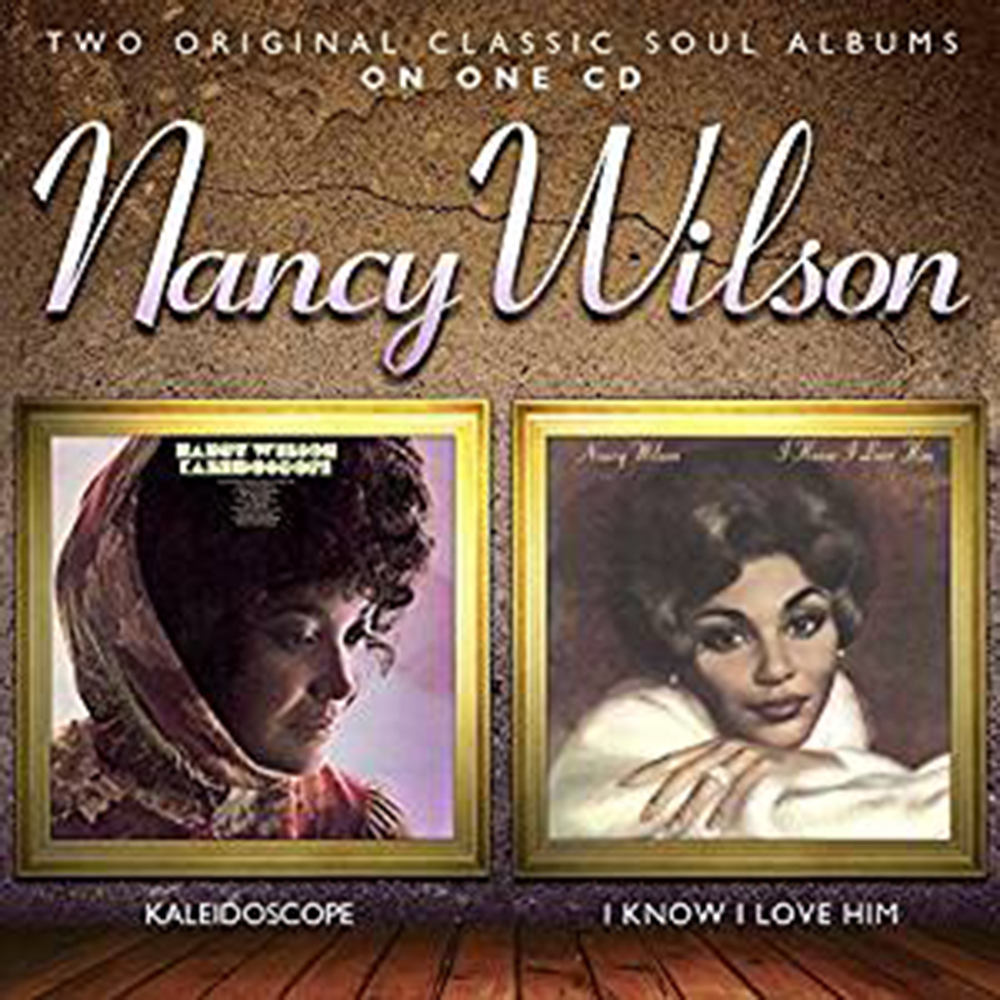 Kaleidoscope / I Know I Love Him
Nancy Wilson

Already established as one of the premier vocalists in contemporary music, adept in the genres of jazz, pop and soul, Nancy Wilson’s tradition of cutting songs that were often first made famous by others was apparent on both 1971’s KALEIDOSCOPE and her 1973 set I KNOW I LOVE HIM.

KALEIDOSCOPE, produced by Nancy’s longtime production associate David Cavanaugh with arrangements by Phil Wright and James Mack, included tunes popularized by Bill Withers (‘Ain’t No Sunshine’), Gladys Knight & The Pips (‘If I Were Your Woman’) and Sammy Davis Jr. (‘Mr. Bojangles’) among others. Featured also was ‘The Greatest Performance Of My Life’ which became an instant Wilson classic and a staple of her live repertoire.

1973’s I KNOW I LOVE HIM was distinct from previous Wilson albums with Nancy using popular jazz group, The Crusaders as the rhythm section with master arranger/conductor Don Sebesky (known for his work with Astrud Gilberto, George Benson and Esther Phillips among others) adding his formidable skills. With exceptional tunes such as the Marvin Gaye-penned ‘We Can Make It Baby,’ ‘Can I’ (popularized by Eddie Kendricks) and ‘Don’t Misunderstand,’ the LP has been a hidden gem In the Wilson catalogue for many years.

With stellar notes from renowned writer A.Scott Galloway that include rare 2013 quotes from Nancy herself, this two-on-one set (part of the on-going reissue of Nancy’s work by SoulMusic Records) brings together two albums making their CD debut worldwide.