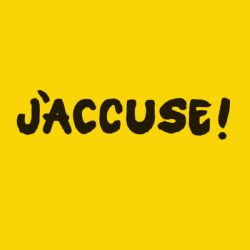 •    Twenty years after the demise of independent rock favourites The Family Cat, singer and lyricist Paul “Fred” Frederick returns with a new record.

•    His latest recording as Jack Adaptor, a duo with songwriting partner Christopher Cordoba, is released on CD, Download and as a limited edition 180g vinyl LP (includes MP3 download code).

•    Fans of the Family Cat will recognize the vocal style and find joy in the sophisticated songwriting of Frederick and Cordoba, from up-tempo indie rockers like “Number One Record” (a tribute to Alex Chilton and Big Star) to atmospheric, genre-defying songs such as “V.U.” (check out the unpeeled banana!). Fred wrote the lyrics and sings the songs, while Cordoba provides most of the instruments, production and mixing skills.

•    Fred refers to this record as “a distillation of 20 years thinking about music and the kind of record I really wanted to make. Now I feel I really have something to say and the musicians to give it life”.

•    A single from the LP “Get It Right First Time” was released as a digital download ONLY on Thursday 1st May 2014. It’s serious, it’s super catchy, it’s dynamic, and of course, it’s got a Fred rap.

•    A second single ‘Number One Record’ will be released in August and is sure to be a summer pop smash with several plays from Steve Lamacq already.

N.B. This album is released October 13 and will not be dispatched before this date.