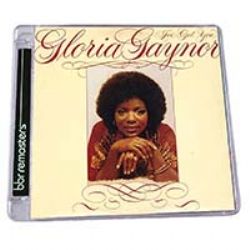 SKU: CDBBRX0310
Categories: 10.95, Big Break Records, Physical, Sitewide Sale
Share:
Description
• At the beginning and then the peak of the disco era, Gloria Gaynor managed to create two signature themes (‘Never Can Say Goodbye’ and ‘I Will Survive’) whilst still maintaining a distinctive and prolific voice on surrounding albums. Disco could be frivolous but Gloria managed to appropriate this into songs that often proved wistful. Sandwiched in between two of her commercial peak periods (1975’s NEVER CAN SAY GOODBYE and 1979’s LOVE TRACKS), Gloria continued to release strong records that would expand on the lengthy dance suites and contemporary disco-soul that NEVER CAN SAY GOODBYE comprised of.
• 1976’s I’VE GOT YOU was Gloria’s third release and first for Polydor Records. The Disco Corporation of America (Meco Monardo, Tony Bongiovi, Jay Ellis) returned to the production helm and, as with Gloria’s first two releases, continued the trend of the first side featuring a segued Tom Moulton Mix which medley-ed three tracks together. The chirpy ‘Let’s Make a Deal’ graced the R&B singles chart.  Other highlights included her extended disco version of Cole Porter’s ‘I’ve Got You Under My Skin’, the quintessential disco strut of ‘Be Mine’ and the rollicking funk of ‘Talk, Talk, Talk’.
•   Remastered and officially released for the first time on CD, BBR is proud to present this repackaged edition of I’VE GOT YOU with added bonus content and liner notes.

N.B: This title is released 28th August 2015 and will not be dispatched before this date.
TRACK LISTING:
1. LET’S MAKE A DEAL
2. I’VE GOT YOU UNDER MY SKIN (FROM THE MOTION
PICTURE “BORN TO DANCE”)
3. BE MINE
4. TOUCH OF LIGHTNING
5. LET’S MAKE LOVE
6. NOTHING IN THIS WORLD
7. DO IT RIGHT
8. TALK, TALK, TALK
BONUS TRACKS
9. LET’S MAKE A DEAL (SINGLE VERSION)
10. I’VE GOT YOU UNDER MY SKIN (SINGLE VERSION)
Additional information
Tracklist
Track listing as above.
Reviews (0)