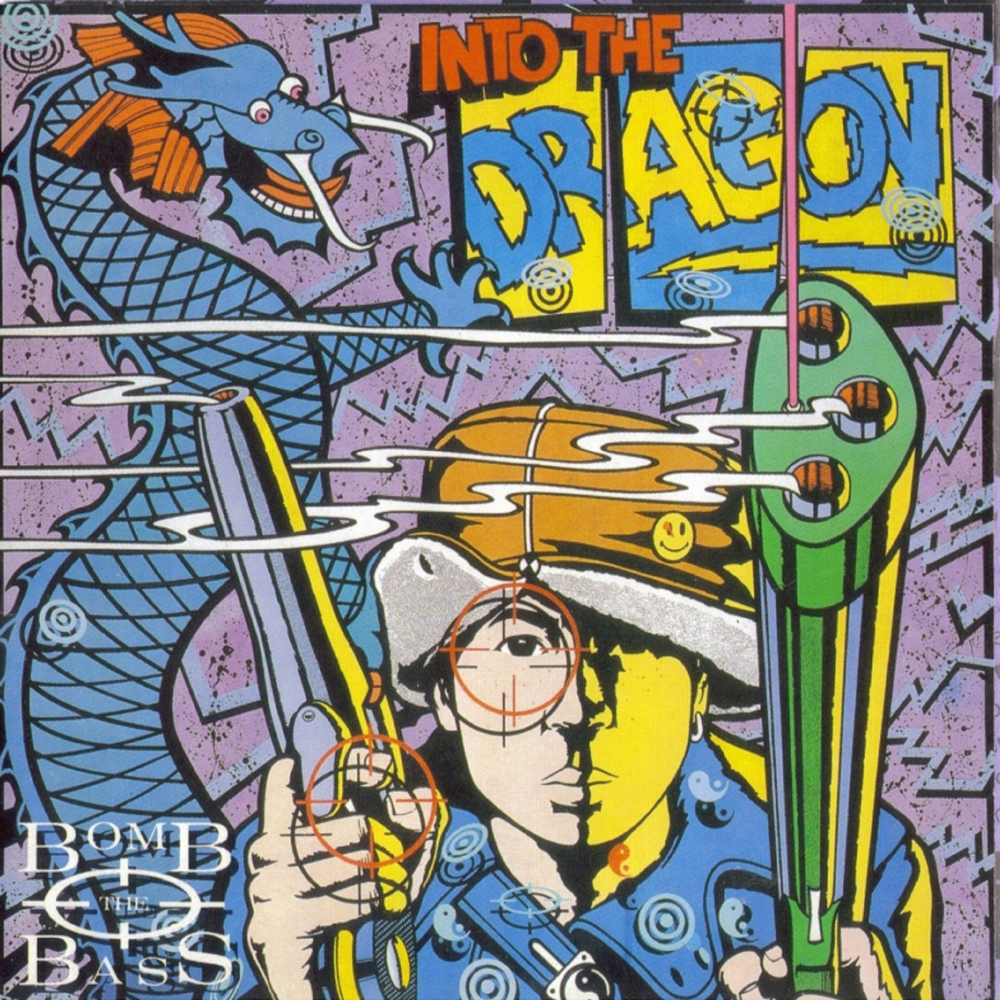 The first reissue of Bomb The Bass' No.18 debut album, “Into The Dragon” that moved the musical goal posts on its release in October 1988. The album is a successful blend of breakbeats, samples and scratching, first witnessed on their debut and from nowhere single ‘Beat Dis’ that reached No.2 in the UK singles charts. This reissue features four bonus tracks, alternative mixes of their hit singles taken from the album; Beat Dis (Gangster Boogie Inc. Remix) #2, Don't Make Me Wait (Maximum Frequency Mix) #6, Megablast (Original Rap featuring Merlin) #6 and Say A Little Prayer (Get Down & Pray Mix) #10.

Bomb The Bass’ No.18 debut album, “Into The Dragon” moved the musical goal posts on its release in October 1988. The album is a successful blend of breakbeats, samples and scratching, first witnessed on their debut and from nowhere single ‘Beat Dis’ that reached No.2 in the UK singles charts.

The CD features contributions made by Merlin, 23 Skidoo and Nellee Hooper and the booklet includes sleeve notes and a complete UK Discography.

Bomb The Bass exploded into the UK singles charts with their debut single ‘Beat Dis’ in February 1988, reaching number 2. Initially little was known about the people behind the record as it appeared from nowhere and was released on an unknown label, Mister-Ron Records, as it turned out an imprint of Rhythm King Records. Reputedly costing £500 to record ‘Beat Dis’ was a record of the moment, marking the shift away from expensive recording studios to more homemade record making, utilising the increasingly affordable sampling technology that was at the heart of the band’s output.

The band went on to produce three further albums that refused to be formulaic or predictable. The development of the sound/direction is a lasting feature of their output.

Explaining the choice of name, Tim Simenon commented “Samples were either scratched in live or sampled and looped on top of the rhythm section. So the concept was one of bombing the bass line with different ideas, with a collage of sounds. Bombing was a graffiti term for writing, like people would ‘bomb’ trains or whatever”.