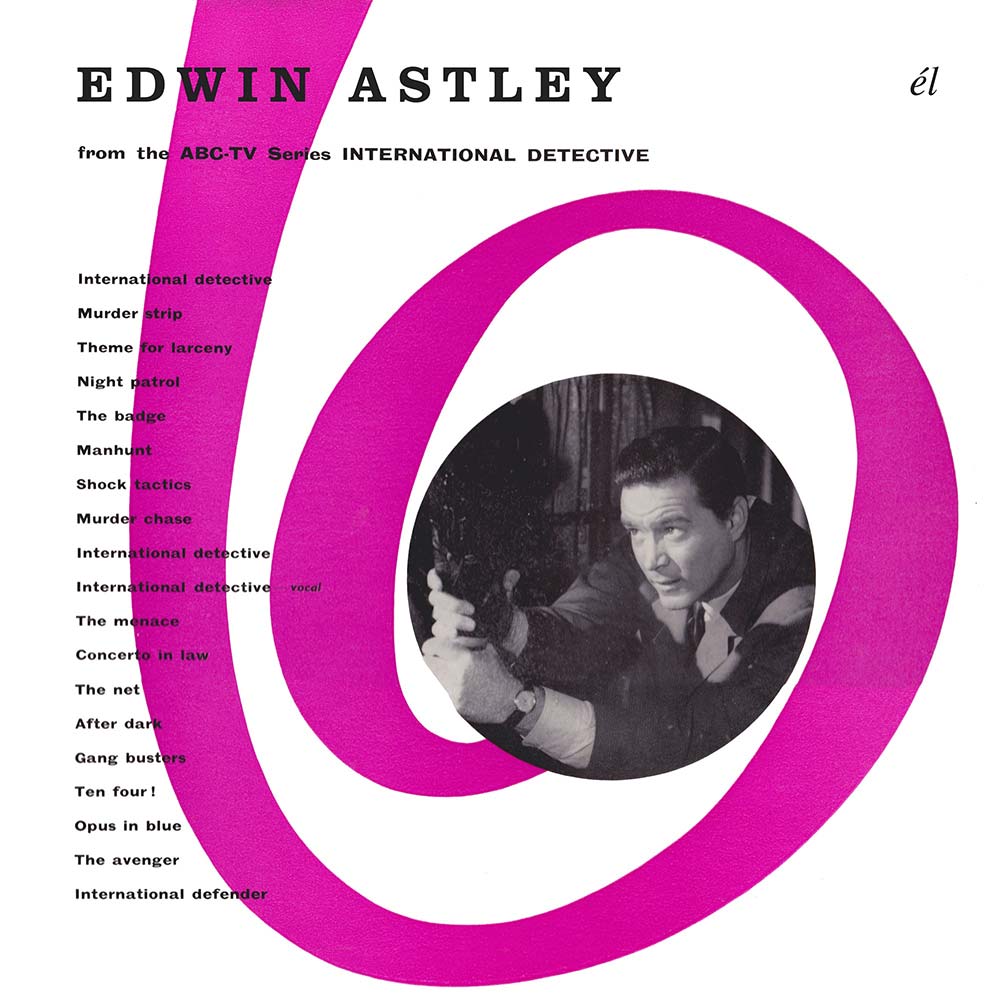 • In 1955 Edwin Astley announced himself by writing the eternal bow and arrow motif for the Robin Hood titles sequence. If over the next fifteen years his clever themes and skilfully arranged dramatic scores for such peak time ITC productions as Danger Man (the programme that cut a path for Bond, Harry Palmer and The Prisoner), The Saint (including its world-famous seven note signature), Gideon’s Way, The Baron, The Champions, Randall and Hopkirk (Deceased) and Department S (where for the first time we would meet the era-defining Jason King), made his music as much a part of British daily life as the Beatles or the Stones, it is now the stuff of legend.

• Tony Crombie, known as “The Baron” by his colleagues, was one of the finest drummers and bandleaders to emerge amid the post-war British jazz boom and a composer of International standing (Miles Davis recorded Crombie’s So Near, So Far, on his 1963, Seven Steps to Heaven album).

• His own bands included a raucous aggregation entitled the Rockets (who, it is said, introduced rock ‘n’ roll to Iceland) and collaborations in the field of jazz with Tubby Hayes, Annie Ross, Gordon Beck, Victor Feldman and Stan Tracey. He toured with visiting artists like Lena Horne and Carmen McRae, working also with Stephane Grappelli and Georgie Fame and in multi-various settings with Ronnie Scott; becoming the house drummer at Scott’s club in the early 60s, where he accompanied such visiting American stars as Coleman Hawkins, Ben Webster and Jimmy Witherspoon.