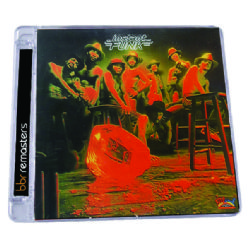 SKU: CDBBR0121
Categories: 9.95, Big Break Records, Physical, Sitewide Sale
Share:
Description
Instant Funk
started life as a backing band for the likes of Bunny Sigler and the
Manhattans. They went on to also work with the likes of the O’Jays, Archie Bell
& the Drells, the Three Degrees, Dexter Wansell, Evelyn “Champagne” King as
well as having a successful career in their own right releasing seven albums
between 1976 and 1983.
I GOT MY MIND
MADE UP was a million selling R&B and Disco number 1 upon its release in
1979. It’s an ultimate dance classic and
has been sampled by the likes of Public Enemy, De La Soul, 2Pac and Handsome
Boy Modelling School.
CRYING was the
follow up single and peaked at #20 in
the R&B chart and featured DARK VADER as the B-Side, which is full of
spooky voices, comic-book lyrics and funky hooks.
Released in deluxe Super Jewel cases, with three bonus tracks, INSTANT
FUNK is a must for all Funk and Soul fans out there!