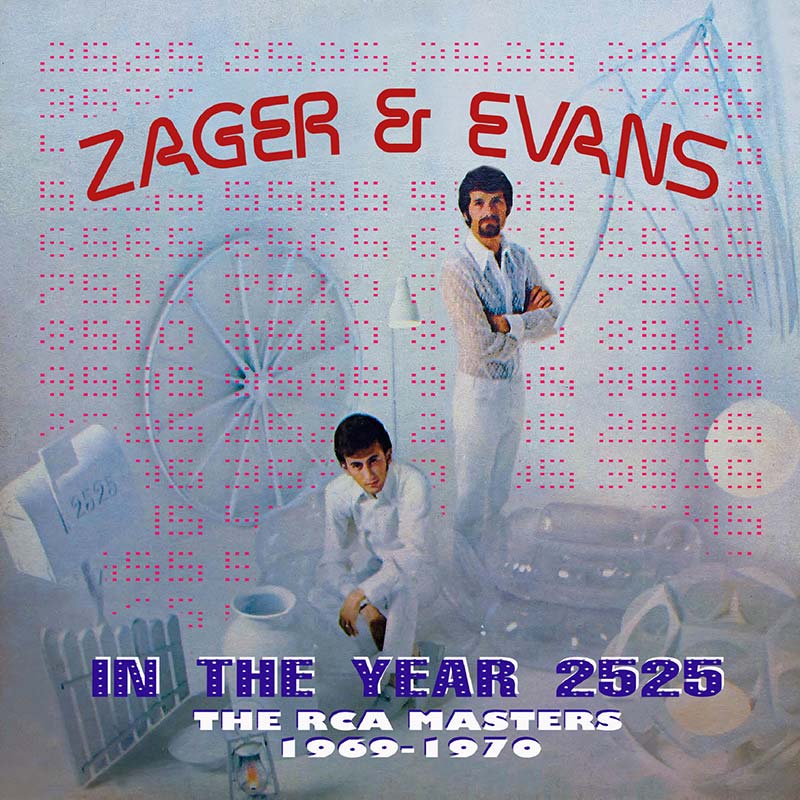 ZAGER & EVANS was the duo of US folk-rockers Denny Zager and Rick Evans.

• ZAGER & EVANS was the duo of US folk-rockers Denny Zager and Rick Evans.

• They are fondly remembered for their classic 1969 single, ‘In The Year 2525’, a prophetic forewarning of technology taking over humanity in centuries to come.

• ‘In The Year 2525’ was No. 1 on both sides of the Atlantic in July 1969, in the aftermath of the hit movies Planet Of The Apes and 2001: A Space Odyssey — and as all things futuristic were in the news as Neil Armstrong walked on the moon.

• The single is one of the best-loved in pop history, having been covered more than 60 times in seven different languages.

• In The Year 2525 includes a detailed interview with songwriter Rick Evans.

19. SHE NEVER SLEEPS BESIDE ME

21. LISTEN TO THE PEOPLE