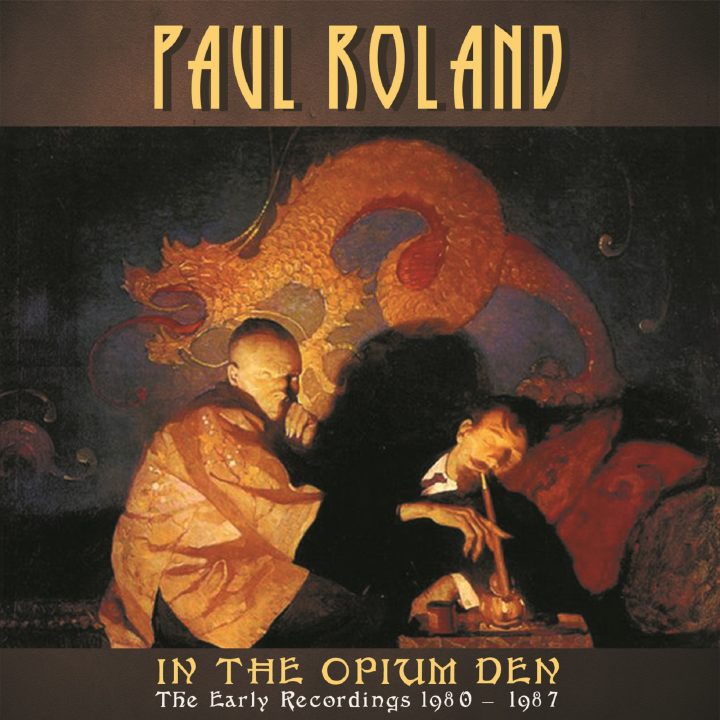 Compiled and curated by the Paul Roland, In The Opium Den is a comprehensive anthology of Paul’s early works, including his first three albums plus A and B sides, EP tracks and unreleased tracks from the period, spanning his output up until 1987.

• “Paul Roland writes nice melodies and has a very particular personality but he is too intellectual for me!” (Frank Zappa, 1988)

• Paul has been called “The male Kate Bush” by one-time label mate Robyn Hitchcock and “the Edgar Allen Poe of psychpop” by several European rock magazines/critics.

• First under the guise of Midnight Rags and then as a solo artist, Paul Roland has carved an elegant, mysterious niche as the quintessential cult English songwriter. His music hints at psychedelia while his lyrics frequently offer a sense of the macabre, drawing on Victoriana and classic horror fiction.

• Compiled and curated by the artist, In The Opium Den is a comprehensive anthology of Paul’s early works, including his first three albums plus A and B sides, EP tracks and unreleased tracks from the period, spanning his output up until 1987. Many of Paul’s original records now fetch huge sums on eBay!

• “Roland has a very distinctive voice and a highly personal style. His songs are like short stories set to music.” (Greg Lake)

• From the start, when he was managed by June Bolan (the widow of Marc Bolan), Paul’s music captured the attention of John Peel and became a favourite at the Batcave, England’s premier Goth club. He has attracted a loyal cult following in the US and Europe.

• Paul Roland has subsequently released many albums (as well as becoming an author of some 50 books) but it is this early period which established his cult status. During a 30+ year recording career, Paul has explored a diverse range of styles from goth through dark folk to psych-pop and steampunk.

• “If any¬one deserves credit for spear¬head¬ing Steam¬punk music, it is [Paul Roland]. He was writ¬ing songs about the first attempt at manned flight, and an Edwar¬dian air¬ship raid in the mid-80’s long before almost any¬one else.” (Joshua Pfeiffer [of Vernian Process] on the Steampunk Bible website)

• “Gothic-psych-baroque-rocker waxing demented in a way only an Englishman can….” (Goldmine, USA).

11. TWILIGHT OF THE GODS

4. THE CARS THAT ATE NEW YORK

19. GO DOWN YOU MURDERERS