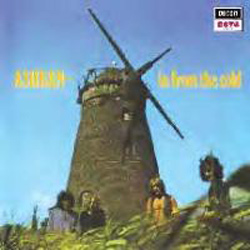 In From The Cold
Ashkan

However, they did leave behind a small but perfectly-formed legacy in the shape of In From The Cold, a blistering, 52-minute slab of turn-of-the-decade British psychedelic / progressive blues rock that, in January 1970, became the first release on Decca’s new underground label Decca Nova.

With Weston’s frenzied, proto-metal guitar heroics matched all the way by Steve Bailey s powerful, Spooky Tooth-style lead vocals, the album received encouraging reviews, only for the band to split on the eve of its release. Now a major collectable, In From The Cold has been heavily bootlegged over the last couple of decades, but now receives a long-overdue, first-ever official reissue.