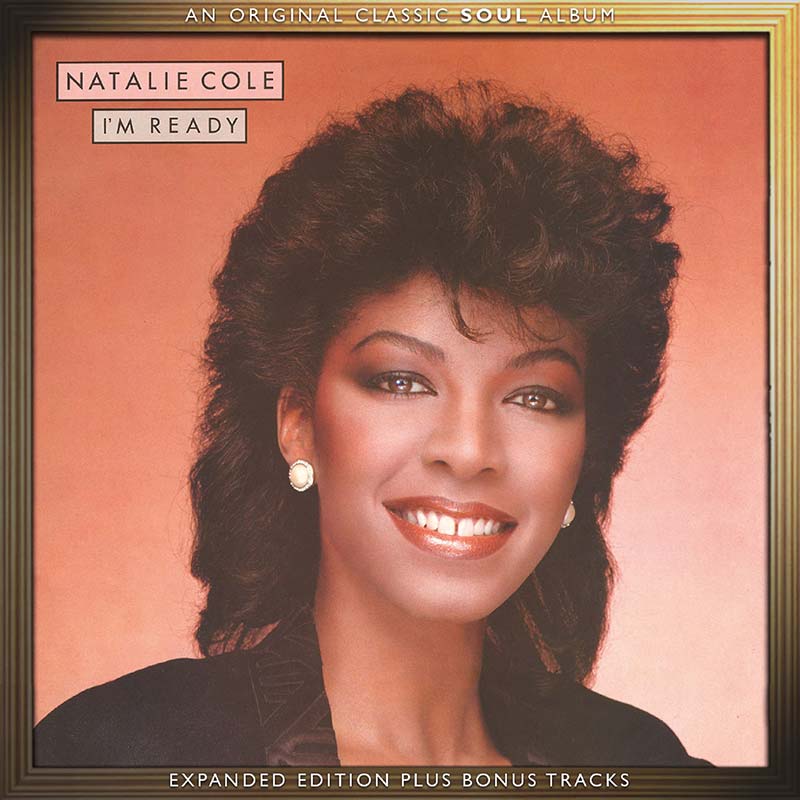 SoulMusic Records is proud to present an expanded edition of “I’m Ready”, the sole album recorded by the late and legendary Natalie Cole for Epic Records.

• SoulMusic Records is proud to present an expanded edition of “I’m Ready”, the sole album recorded by the late and legendary Natalie Cole for Epic Records. The original eight-track 1983 album is supplemented by four cuts produced by famed musician Stanley Clarke which remained in the vaults until they were included in a ‘90s U.S. reissue of the original LP.

• Following her hit-filled tenure with Capitol Records (1975-1982), Natalie’s move to Epic came among personal challenges (outlined in her 2000 memoirs). Nonetheless, “I’m Ready” saw her reunited with the team of Chuck Jackson & Marvin Yancy who had helmed her ‘70s string of award-winning best-selling singles and album for five tracks including ‘Too Much Mister’, a Top US R&B hit. Multi-talented music man Stanley Clarke produced three tracks, co-producing one with a member of Natalie’s band, Chuck Bynum.

• Natalie (who sadly passed away on December 31, 2015) wrote two songs – ‘I’m Your Mirror’ and the bonus cut ‘How Can You Stop’ – as well as co-writing two more with her brother Eddie Cole, and ‘Winner (Takes All)’ and ‘Movin’ On’, which were also part of the Stanley Clarke sessions.

• Remastered by Nick Robbins, this 2016 SoulMusic Records reissue follows the label’s release of two other Cole classics, “Natalie…Live!” (SMCR-5009) and “Thankful,” an expanded edition (SMCR-5028) and includes insightful notes by renowned U.S. writer Justin Kantor and a personal tribute to Natalie by SoulMusic.com founder David Nathan, who began interviewing her in 1975.

4. KEEP IT ON THE OUTSIDE

6. (I'M COMING) STRAIGHT FROM THE HEART