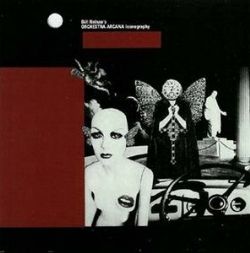 SKU: COCD1008
Categories: 10.95, Cocteau Discs, Esoteric Sale, Physical, Sitewide Sale
Share:
Description
NEW REMASTERED
EDITION OF THE DEBUT ALBUM BY BILL NELSON’S ORCHESTRA ARCANA – UNAVAILABLE FOR
OVER TEN YEARS
BOOKLET WITH
FULLY RESTORED ARTWORK & NEW ESSAY
ESOTERIC
RECORDINGS imprint Cocteau Discs, the home of BILL NELSON’s catalogue between
1971 and 2001, continues their series of on-going releases with the release of
a newly remastered edition of the album, “ICONOGRAPHY”. The album was issued in
1986 credited to ORCHESTRA ARCANA, due to the contractual situation Bill found
himself in with CBS Records. The music within comprises recordings made at
Bill’s Echo Observatory home studio in 1984 and 1985.
BILL NELSON
reflected on the album thus; “Whilst these recordings are “lo fi” in nature, I
have always been fond of them. These recordings serve as a reminder that
expensive technology isn’t always the key to creativity”.
“Iconography”
is a fine album that remains fascinating and engaging nearly three decades
later.
The Cocteau
Discs edition fully restores the original album artwork and features a new note
by Bill Nelson. It also features two bonus tracks from the “Sex Psyche Etc.” EP
released in 1985.