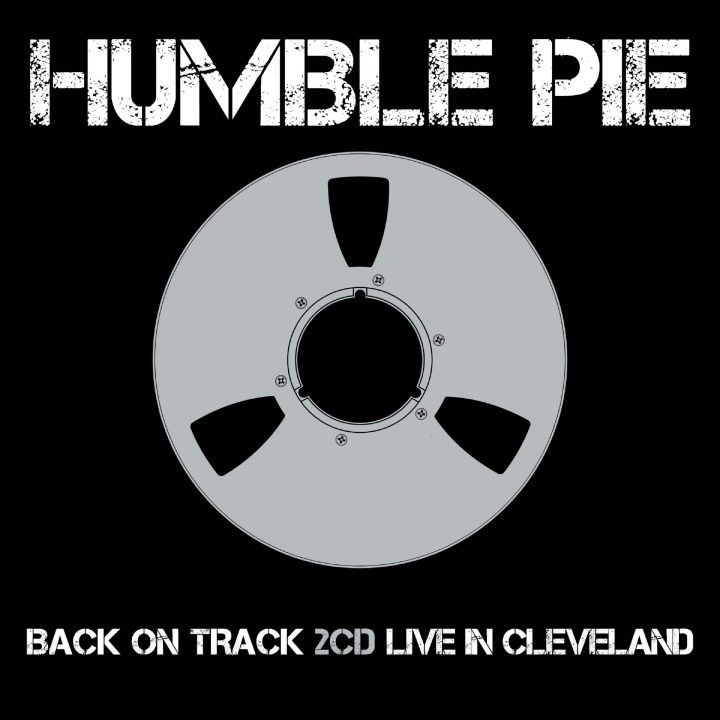 Their 11th studio album, Back On Track, has much to offer fans of classic Humble Pie as much as fans of classic, blues-based hard rock. Produced with Andy Jackson, famed for his work with Pink Floyd, the album also features guest appearances from Zoot Money on Hammond organ.

The late 1960s was the era of the “super-group”, and with the dissolution of the Small Faces and the Herd, Steve Marriott and Peter Frampton joined forces in 1969 to record for Andrew Loog Oldham’s Immediate label,
joined by drummer Jerry Shirley and bassist Greg Ridley. Frampton moved on to huge solo acclaim following the obligatory double live LP, Performance: Rockin’ The Fillmore, an album that would become Humble Pie’s template on stage for the next decade.

Joined by former Pie alumnus, Greg Ridley on bass and Bobby Tench from the Jeff Beck Group on guitar and vocals, drummer Jerry Shirley enlisted Bad Company guitarist Dave “Bucket” Colwell in 2001 for a new line-up and record from Humble Pie. Their 11th studio album, Back On Track, has much to offer fans of classic Humble Pie as much as fans of classic, blues-based hard rock. Produced with Andy Jackson, famed for his work with Pink Floyd, the album also features guest appearances from Zoot Money on Hammond organ. The album was recorded at Jacobs Studios near Farnham in Surrey, as well as David Gilmour’s famed houseboat Astoria Studios, between December 2001 and January 2002, and released the following month. 16 years on, Back On Track remains a worthy addition to the Humble Pie catalogue.

Going back a further 12 years, Jerry Shirley and Humble Pie were touring with a line-up featuring Charlie Huhn, Wally Stocker and Sean Beavan, with a set heavily peppered with Performance: Rockin’ The Fillmore classics including ‘Four Day Creep’, ‘Stone Cold Fever’, ‘I Don’t Need No Doctor’ and ‘Hallelujah (I Love Her So)’, as well as a cover of The Babys’ ‘Head First’ and ‘Fool For A Pretty Face’ from the Pie’s On To Victory. Captured at the legendary Agora in Cleveland, Ohio on January 12, 1990, this mid-west venue is evidently a stronghold of Humble Pie fans, if the audience reaction is anything to go by.

With plenty of rare pictures, and a new essay with Malcolm Dome based on interviews with Jerry Shirley, HNE are pleased to add this set by a legendary band to their extensive catalogue.

Additional information
Tracklist
DISC ONE: BACK ON TRACK (2002)