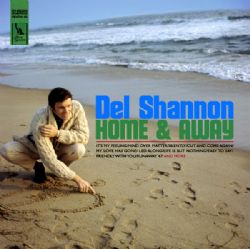 Recorded at London’s Olympic Studios in February 1967, Home & Away was intended by Rolling Stones producer/Immediate Records founder Andrew Loog Oldham to be the British answer to Pet Sounds.

Home & Away also features numerous legends of the Immediate family, including Nicky Hopkins, Steve Marriott, John Paul Jones, Andy White, Twice as Much, PP Arnold, and Billy Nicholls—who contributed three songs as well as backing vocals.
Although some singles from the sessions were released at the time, the LP that was to comprise Home & Away languished in the vaults for many years.

Included here are all of the tracks that were intended for Home & Away, along with mono single mixes of five songs from the album. Mastered by Alan Brownstein FROM THE ORIGINAL MASTER TAPES! The 16-page, full-colour booklet includes rare photos by Gered Mankowitz, and extensive liner notes by noted music historian Kieron Tyler.