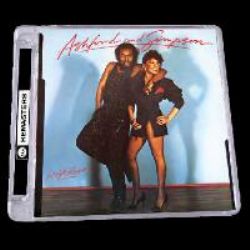 ASHFORD & SIMPSON, quite simply, are one of the best song-writing duos the world has ever seen. Being former successful Motown writers and having penned a string of hits for greats like Aretha Franklin, Ray Charles, Marvin Gaye and Diana Ross, its little wonder that they were inducted into the Songwriters Hall Of Fame in 2002. 1983 saw the release of their second album on Capitol, HIGH RISE, and was the follow up to 1982’s Street Opera which included the top ten R&B hit, Street Corner and was also the warm up to Solid, the Gold Selling album that would give ASHFORD & SIMPSON their biggest selling single and first R&B #1 spot. Written, produced and arranged by Ashford & Simpson, High Rise flew high in the R&B charts peaking at #14. High Rise also contains the hugely successful title track, which reached the top 20 on the US R&B chart. Other notable singles include the up tempo second single, It’s Much Deeper and the third single, I’m Not That Tough which also achieved R&B chart success. The album also features their own version of Still Such A Thing.