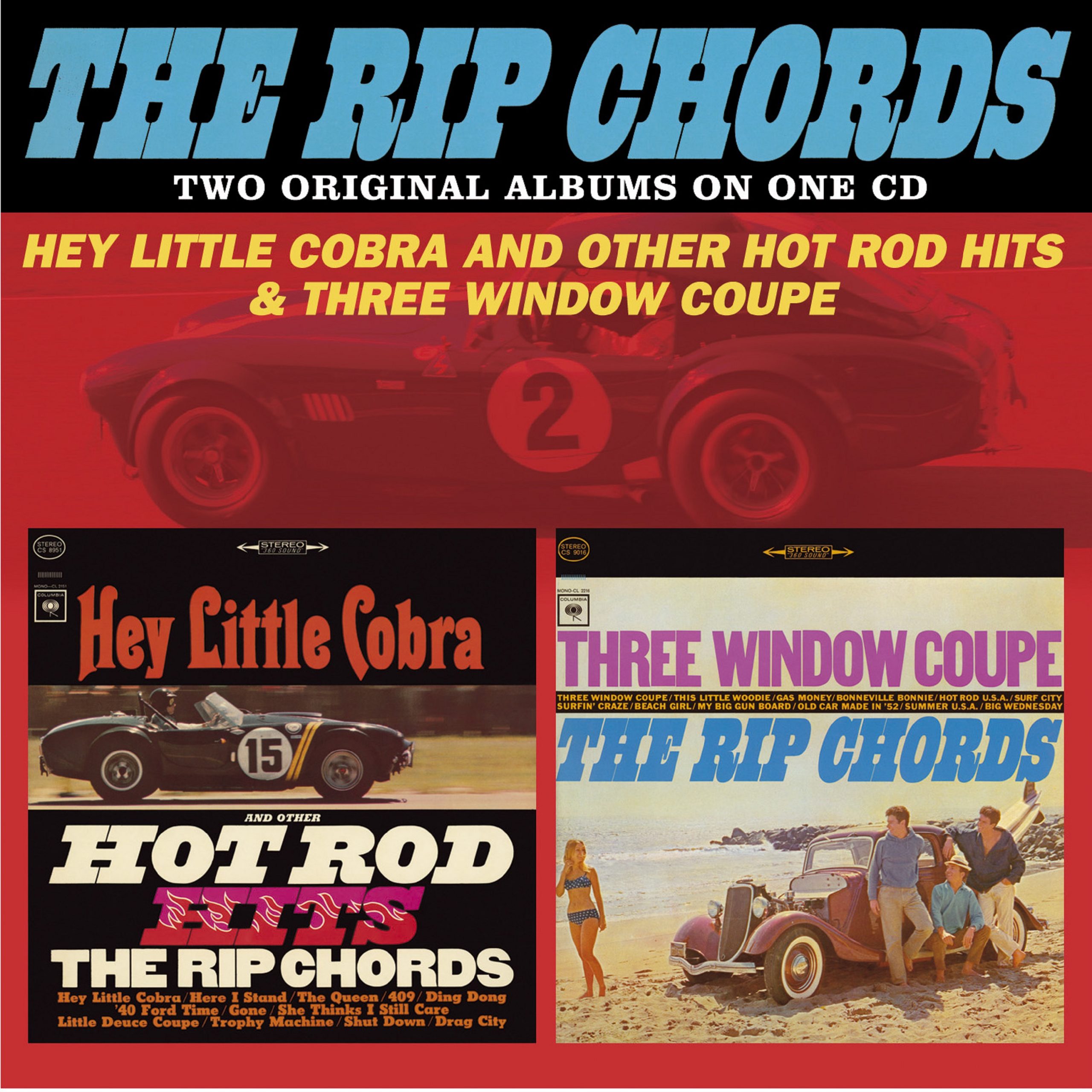 The Rip Chords? For many, it brings to mind producer Terry Melcher (Doris Day’s son) and Bruce Johnston, who would go on to join the Beach Boys. But the real story is a lot more fascinating than merely talking about a collaboration between these two high profile talents.

The band was started by Ernie Bringas and Phil Stewart in 1957, landing a deal with the Columbia label in 1962. Melcher, then just 20 years old, was assigned to produce the duo’s first single in ‘63, titled ‘Here I Stand’, which reached number 51 on the national charts and was quickly followed by a second single, ‘Gone’. It was at this time, Johnston was brought in.

Melcher had written a song called ‘Hey Little Cobra’ with Carol Conners and Melcher decided to record this under the name of The Rip Chords, with only himself and Johnston on vocals. His lead vocal was outstanding with Johnston doing the falsetto and the single reached number four on the American charts in 1964, with an album quickly following titled ‘Hey Little Cobra And Other Hot Rod Hits’. This featured the voices of Melcher, Johnston and Stewart, although only the last named (together with Rotkin and Marcus) went out and did shows and TV appearances to promote the single and album.

In the Summer of ‘64, the band had another hit with ‘Three Window Coupe’, written by Jan Berry (of Jan And Dean fame) and Roger Christian. Again, an album of the same title quickly followed, with Melcher and Johnston handling a lot of the vocals. The band had one more hit with ‘One Piece Topless Bathing Suit’, performed the song ‘Red Hot Roadster’ in the movie ‘A Swingin’ Summer’ (which also featured Raquel Welch and the Righteous Brothers) and… well that was about it.

What they’ve left behind is a real cameo of a great time for music and their role in the development of what became known as ‘The California Sound’ should not be underestimated, as is proven in the enduring worth of these albums.

9. SHE THINKS I STILL CARE