Return to previous page
View cart “A Concert For The People (Berlin) 30th Anniversary EditionBarclay James Harvest” has been added to your cart. 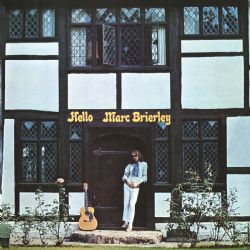 •    Marc Brierley was a talented folk artist who made his name as a singer-songwriter during the second half of the Sixties.

•    After making an EP in 1966 for Transatlantic, Marc signed with CBS for two albums, Welcome To The Citadel (1968) and Hello (1969), helped by some of the best musicians on the circuit. Both are now prized collector’s items by fans of the Acid Folk era.

•    This welcome reissue of Marc’s second album Hello is swelled by eleven bonus tracks: the stand-alone CBS single from 1969, ‘Be My Brother’/‘ If You Took The Bandage Off Your Head You Wouldn’t Be So Blind’, and a batch of demos recorded for Island Records in 1973.

•    Marc Brierley has written new sleeve-notes for this overdue reissue of a cult classic.

•    Several of the demo tracks were recorded as a duo, Brierley Cross (with Steve Cross).