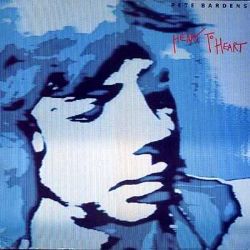 SKU: ECLEC2322
Categories: 10.95, Esoteric Recordings, Esoteric Sale, Physical, Sitewide Sale
Share:
Description
Esoteric Recordings are pleased to announce a newly
remastered edition of the 1979 solo album by former CAMEL keyboard player PETER
BARDENS.
“HEART TO HEART” was recorded after PETER BARDENS
departed CAMEL, the group he co-founded in 1972. The album saw Bardens compose
all the tracks and featured guests such as MEL COLLINS on Saxophone and Flute,
GUS ISADORE on Guitar and PETER VAN HOOKE on Drums.
This Esoteric Recordings reissue has been newly
re-mastered from the original master tapes and features a booklet that fully
restores all original album artwork with a new essay.
Additional information
Tracklist
1. JULIA
2. DOING THE CRAB
3. SLIPSTREAM
4. RAINING ALL OVER THE WORLD
5. JINXED
6. AFTER DARK
7. SLOW MOTION
8. TUNE FOR DES
9. HEART TO HEART
Reviews (0)