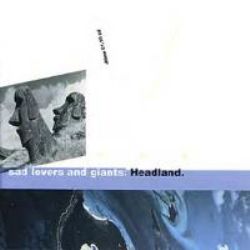 Originally issued by Midnight Music in 1990, Headland was the fifth full length offering proper from this much loved North London outfit. Accompanied by the The Clocks Go Backwards EP , which is comprised of songs recorded whilst preparing to make Headland , this package now presents a full picture of the intriguing, Simon Allard (Garce to his friends) led act at the turn of the decade.  Recorded in London during late 1989 and early 1990, by the line up of Garce, McGuinness, Silver, Sainsbury and Pollard, Headland captures the band at a time when UK interest was waning but their popularity in Europe was on the increase. This, combined with record company problems, meant that the album’s release was delayed and, when it did eventually surface, little promotion was offered. As such it disappeared fairly quickly and thus remains a great lost gem within the band s catalogue.  Headland offers an immaculate example of epic, ambitious late 1980s pop, laced with synthesiser washes, reverb drenched guitars, huge drums and grandiose, emotive vocal performances, offering, perhaps, a darker side of avenues also explored by more main stream acts such as Cutting Crew. The four bonus tracks, which constitute the Clocks Go Backwards EP (also released in 1990), offer a more direct, stripped back sound, and, as such,further insight into the band s position around this time, making this package a concise, complete take on this era of the band’s career.