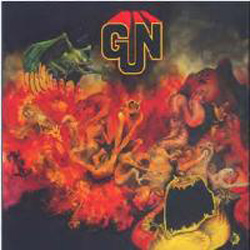 SKU: CRSEG015
Categories: 9.95, Grapefruit, Grapefruit Christmas Sale
Share:
Description
Race With The Devil, reached the UK Top Ten in December 1968, it catapulted power trio the Gun from the bowels of the London underground club circuit to the forefront of the British pop scene. Released a couple of months later, the group s self-titled debut album boasted an equally dazzling, idiosyncratic combination of hard rock ferocity and striking orchestral arrangements, and it can now be seen as a major stepping stone in the gradual metamorphosis of late 60s psychedelic rock into what would become known as heavy metal. This newly re-mastered reissue features contemporaneous single releases, rare photos and fresh quotes from founder member Paul Gurvitz.
Additional information
Tracklist